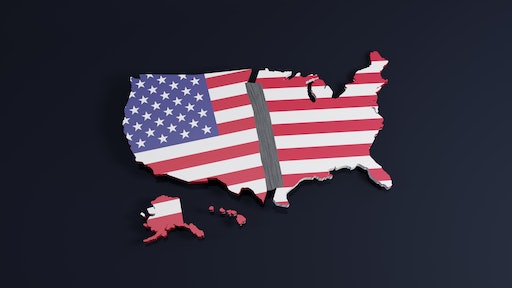 The Problem Solvers Caucus Infrastructure Working Group was created to analyze policies and find points of bipartisan consensus to address the enormous need for new infrastructure and the current backlog of deferred maintenance facing our country. The Working Group explored issues including but not limited to our highways, roads and bridges, transit and railways, ports and airports, water and sewer systems, energy systems and the power grid, and broadband and communications networks.

The report, Rebuilding America's Infrastructure, was officially endorsed by the 58-Member bipartisan Caucus — equally divided between Democrats and Republicans, led by Co-Chairs Josh Gottheimer (NJ-5) and Brian Fitzpatrick (PA-1). To receive an endorsement, 75 percent of the Members must support it.

The report puts forward a set of policies to serve as a bipartisan framework for addressing the dire need to rebuild and responsibly invest in infrastructure across the nation. It details bipartisan policy solutions that will improve the country’s highways, roads and bridges, transit and railways, ports and airports, water and sewer systems, energy systems and the power grid, and broadband and communications networks.

The report also helps define the scope of a bipartisan agreement on a transportation and infrastructure plan.

"By modernizing existing user fees, incentivizing private innovation and investment through public-private partnerships, making smarter investments with limited federal dollars, equipping our infrastructure and transportation systems to be more resilient in the face of climate change and natural disasters, and increasing accountability to taxpayers; this task force believes we can build a 21st Century infrastructure network that will foster a truly 21st Century economy that works for every single American," the report says.

America's network of surface transportation infrastructure has given our country a major economic, competitive advantage in a global economy. Unfortunately, Congress has allowed a backlog of deferred maintenance to grow in our existing infrastructure while failing to keep up with increasing demand. This has made it harder for businesses to compete, caused workers and families to spend more time stuck in traffic each day and left much of our infrastructure crumbling and unsafe.

Historically, the federal government has paid its share through the Highway Trust Fund, which is funded primarily through the federal user fee on gasoline. However, in 2008, spending exceeded declining revenue in the fund for the first time since its inception in 1956. This is primarily due to the following three factors:

As a result, Congress has been supplementing the trust fund since 2008 to the tune of $157 billion through significant transfers from the U.S. Treasury general fund and transfers from other federal funds. This spending puts the burden of today's infrastructure needs on tomorrow's children. Lawmakers must stop kicking the can down the road.

The Problem Solvers Caucus offered up these solutions to the problem.

America's infrastructure supports the world's largest economy across a network of over 4 million miles of roadway, 160,000 public water systems, 5.5 million miles of local electrical distribution lines, and over 100 million fixed broadband subscribers. Regardless of how infrastructure is addressed, the industry knows it needs to be addressed immediately in order for our economy to grow.

“Americans are ready for a transformational investment in our nation’s infrastructure so we can grow our economy, improve our quality of life, and protect our environment for the generations to follow," said Eideberg. "The Association of Equipment Manufacturers applauds the 58 Republicans and Democratic members of the Problem Solvers Caucus for putting forward a set of bipartisan and commonsense policy solutions that will address today’s challenges and capture future opportunities. President Biden’s American Jobs Plan, bipartisan support in Congress for a surface transportation reauthorization bill, and today’s unveiling of the Rebuilding America’s Infrastructure Report for the 117th Congress by the Problem Solvers Caucus, point to growing momentum for a modern, sustainable, and equitable infrastructure for all Americans. We urge the business community and policymakers to put policy ahead of politics and to work together to embrace and advance an affirmative vision for 21st century infrastructure and break free from the same old policies that have failed to move our country forward.”

NWZAW is set for April 26-30 and your company should plan to participate and raise awareness of how we can keep our workers safe while on the job
Jessica Lombardo
April 15, 2021
Follow Us