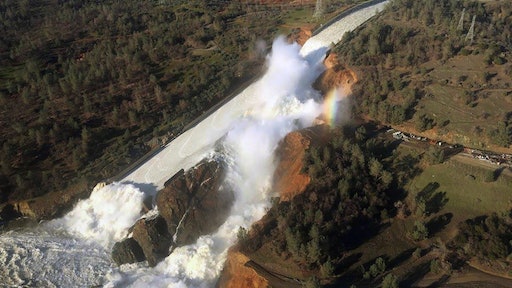 An independent national team of dam safety experts are saying a combination of bad design and construction in the 1960s as well as inadequate state and federal oversight since then led to the Oroville Dam's spillway collapse in February 2017. The experts say the state of California probably could have detect the problems that led to the collapse if dam managers had assessed the original construction flaws in the structure in light of modern engineering standard.

According to the experts, the original flaws in the spillway's foundation, concrete and drainage were all on file. Problems with the original construction included thin concrete, poorly placed drains and inadequate foundations. The experts' report says water entering through cracks or repair seams in the main spillway may have triggered crumbling of the spillway.

(more on the independent findings of the Oroville Dam spillway collapse...)