Of the largest 150 metros included, the top 10 was dominated by well-known major cities while the bottom 10 all came from the South and East Coast. 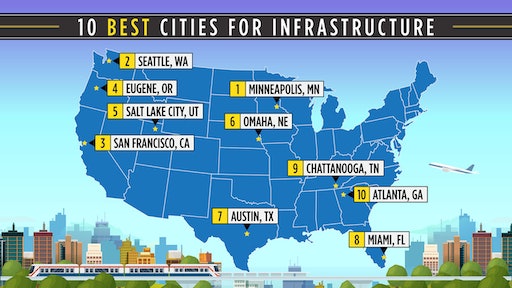 The top 10 best cities for infrastructure were:

The top 10 worst cities for infrastructure were:

(more on Realtor.com's ranking of best and worst cities for infrastructure...)