Siemens has built the first road that can charge electric vehicles as they move. The road connects the ports of Los Angeles and Long Beach and is expected to be used by electric truck traffic 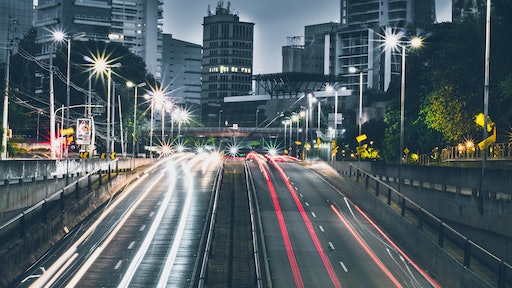 The idea of an electrified road is not new, but barely anyone has ever driven on one. That's because the technology is new enough that it only exists in limited research situations. After all, not many people know how electric vehicles work, much less that it's possible to recharge them while they move in the right situations.

Called dynamic charging, this kind of in-motion power set-up is now up and running in California. Set up by Siemens, the first electric highway in the United States is now available for specific trucks moving between the Ports of L.A. and Long Beach. While in-road wireless charging is possible, Siemens' system – a version of which is in use in Sweden already – uses overhead wires and extending arms on the trucks (think streetcars) to get power into the truck's batteries. Siemens says the California demo will use a battery-electric truck, a natural-gas hybrid truck and a diesel-hybrid truck.

The new electric road has been built on a one-mile stretch of South Alameda Street from East Lomita Boulevard to the Dominguez Channel in Carson. One reason for the easy-on, easy-off catenary system is to encourage electric driving in a place that the South Coast Air Quality Management District (SCAQMD) plays a big role in dirtying California's air. SCAQMD says that heavy-duty trucks are the number one source of smog-forming emissions in Southern California, and given the population density near the ports, eliminating tailpipe emissions from the local area was a key goal.