Tax bill excludes many construction pros from the tax cut for pass-through entities, sets aside nothing for infrastructure, eliminates a tax break for P3 funding 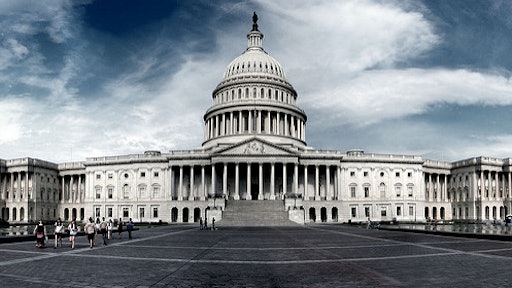 Absent from the House Republican tax bill are any set-asides for President Trump's $1 trillion infrastructure plan or a way to save the Highway Trust Fund, which is projected to run dry in the next decade.

The measure would do away with the tax-exempt benefit of private-activity bonds (PAB's), which many private companies in public-private partnerships have used in the past to finance infrastructure projects, according to The Hill.

Republicans have also proposed to cut the pass-through-entity tax rate to 25% in the Tax Cuts and Jobs bill, but include provisions that would make some professional services like engineering and consulting ineligible for pass-through status, according to Engineering News-Record.

The Associated General Contractors of America has said that more than 80% of its member firms are pass-through entities.

Stephen Sandherr, AGC CEO, said in a statement, "Any failure to address pass-through businesses in the final plan would mean many construction firms would not benefit."

The measure would also eliminate some tax credits for historic preservation and for making buildings energy efficient.

(more from on construction opposition to the tax reform plan . . . )

There's Much to Consider Before 2017 Closes