Texas Extends Toll Plans to Pay for $1.8B Expansion of I-635

New plan for 11 miles of Interstate-635 from US 75 to I-30 includes five free lanes and two toll lanes in each direction; completion in 10 years 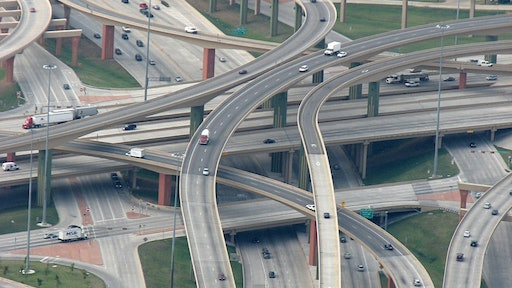 High Five Interchange: US 75 on the bottom level; the two frontage roads on the second; I-635 on the third; direct connection ramps on the two top levels.

A $1.8-billion plan to expand a nearly 11-mile stretch of Interstate-635 between the interchanges with US 75 Central Expressway and I-30 would include installation of managed toll lanes for the entirety of the route.

The North Central Texas Council of Governments and the Texas DOT have long planned to expand LBJ Freeway east of the High Five interchange with managed toll lanes over a portion of the project.