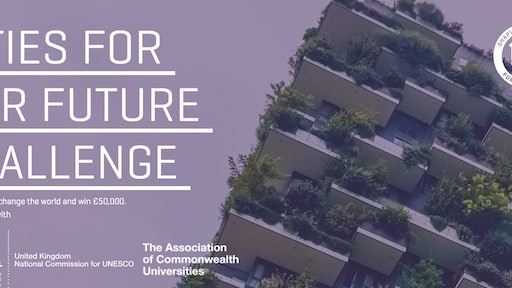 Canal City, a transformational idea to address the problem of coastal flooding while providing leading-edge urban park facilities in Coney Island will represent North America in the Cities for our Future competition spearheaded by RICS (the Royal Institution of Chartered Surveyors). Chosen from 1,200 entrants, 12 ideas join the competition's global shortlist from which the overall winner will be announced November 2018 and awarded a £50,000 prize.

"Coney Island was significantly damaged by Hurricane Sandy in 2012," said Cheyenne Lau, the New York architect who envisioned Canal City. "It was evident to me that there was an opportunity to rebuild the pre-existing, deprived neighborhood in a resilient manner, prioritising flood planning and the local economy. I am very excited to have made it to the final stage and look forward to developing the idea with my RICS mentor." The Cities for our Future global winner will be awarded a £50,000 prize.

RICS founded the Cities for our Future competition to encourage young people around the world to draw upon their imagination and innovative ideas to create practical solutions to issues including rapid urbanization, climate change and resource scarcity. The urban population is growing at a global rate of 3 million people every week, creating an even greater need to cultivate resiliency in response to this rural/urban shift.

The next step in the Cities for our Future competition, led by RICS in partnership with the United Kingdom National Commission for UNESCO and the Association of Commonwealth Universities, is to pair each of the 12 finalists with an RICS mentor to help finalists develop their ideas in advance of the final judging in November.

Cassandra Francis of KARIATID, Head Judge of the regional judging panel for North America said: "We have been tremendously impressed by the innovative ideas that young competitors have envisioned. Cheyenne's Canal City design cleverly addresses challenges posed both by surge flooding and urban degeneration while providing exciting urban park spaces that will serve as community and tourism resources."