Statue of Liberty Evacuated Due to Construction Fire 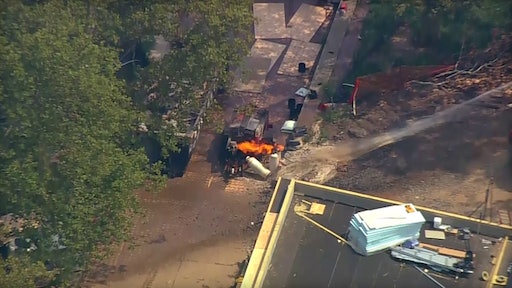 The Statue of Liberty was evacuated as a precaution. No damage occurred to the statue. One construction worker was injured but treated and released at the scene. Firefighters spent two hours working to contain the blaze.

(more on the propane tank fire on Liberty Island...)