US Infrastructure Unprepared to Face the Storms 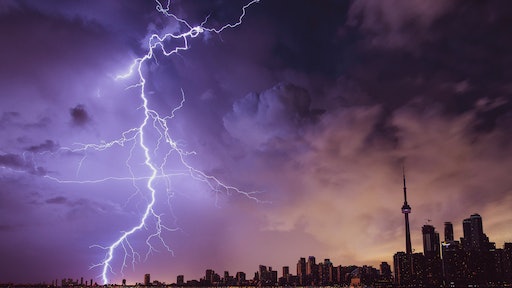 Photo by Andre Furtado from Pexels

A new study by the American Geophysical Union, a not-for-profit scientific society dedicated to advancing Earth and space science, indicates the current design standards for U.S. hydrologic infrastructure are unprepared for the increasing frequency and severity of extreme rainstorms, meaning structures such as retention ponds and dams will face more frequent and severe flooding.

Extreme weather events are on the rise but U.S. water management systems use outdated design guidelines. The new research, published in the AGU journal Geophysical Research Letters, analyzed data from multiple regions throughout the U.S. and found the rising number of extreme storms combined with outdated building criteria could overwhelm hydrologic structures like stormwater systems.

ASCE to Include Stormwater Infrastructure in 2021 Report Card

The new study is particularly timely in light of recent storms and flash floods along the East Coast. “The take-home message is that infrastructure in most parts of the country is no longer performing at the level that it’s supposed to, because of the big changes that we’ve seen in extreme rainfall,” said Daniel Wright, a hydrologist at the University of Wisconsin-Madison and lead author of the new study.

Engineers often use statistical estimates called IDF curves to describe the intensity, duration, and frequency of rainfall in each area. The curves, published by the National Oceanic and Atmospheric Administration (NOAA), are created using statistical methods that assume weather patterns remain static over time.

“Design engineers at cities, consulting companies, and counties use this for different purposes, like infrastructure design management, infrastructure risk assessment and so forth. It has a lot of engineering applications,” said Amir Aghakouchak, a hydrologist at the University of California. Irvine who was not involved with the new study.

On the left, each number and region correspond to the percent increase since 1950 in the number of daily rainfall measurements that should happen on average every 10 years (called “10-year storms”). On the right, each number and region reflect the percent increase since 1950 of day-long 100-year storms.American Geophysical UnionBut climate change is causing extreme rainfall events to occur more often in many regions of the world, something IDF curves don’t take into account. One measure of extreme rainfall is the 100-year storm, a storm that has a 1% chance of happening in a given year, or a statistical likelihood of happening once in 100 years on average.

Wright and his colleagues wanted to know how existing IDF curves compare with recent changes in extreme rainfall. They analyzed records from more than 900 weather stations across the U.S. from 1950 to 2017 and recorded the number of times extreme storms, like 100-year storms, exceeded design standards. For example, in the eastern United States, extreme rainstorm events are happening 85% more often in 2017, than they did in 1950. In the western U.S., these storms are appearing 51% more often now than they once did.

The scientists found that in most of the country the growing number of extreme rainstorms can be linked to warming temperatures from climate change, although natural events, such as El Niño, also occasionally affect the Southeast’s climate.

By comparing the number of storms that actually happened against the number predicted by IDF curves, the researchers also showed the potential consequences for U.S. infrastructure. In some regions, for example, infrastructure designed to withstand extreme rainstorms could face these storms every 40 years instead of every 100 years.

“Infrastructure that has been designed to these commonly-used standards is likely to be overwhelmed more often than it is supposed to be,” Wright said.

The researchers hope the findings will encourage climate scientists, hydrologists, and engineers to collaborate and improve U.S. hydrologic infrastructure guidelines.

“We really need to get the word out about just how far behind our design standards are from there they should be,” Wright said.

How Changing Climate is Changing the Construction Industry