US Expenditures on Commercial Building Construction to Advance 4.3% Per Year Through 2023 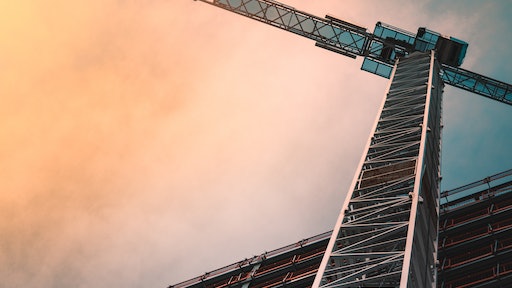 Photo by James Sullivan on Unsplash

US expenditures on commercial building construction are forecast to advance 4.3% annually in nominal terms through 2023, according to Commercial Building Construction: United States, a report recently released by Freedonia Focus Reports.

The report forecasts to 2023 expected US commercial building construction expenditures in nominal and real (inflation-adjusted) US dollars and floor space in square feet. Total expenditures in nominal and real dollars are segmented by market in terms of: education, retail and wholesale, office, industrial, healthcare, lodging, transportation, religious, and other markets such as public safety. Total floor space is segmented by market - commercial, industrial, office, education, public assembly, lodging, healthcare, and other markets. Total floor space is also segmented by region - South, Midwest, West, and Northeast. To illustrate historical trends, total expenditures and the various segments are provided in annual series from 2008 to 2018.

According to the report, rising consumer spending will spur business expansion and investment in new and improved structures, while rising government revenue will stoke advances for spending on such structures as schools and government offices. However, the pace of gains is expected to moderate from the faster rebound-fueled growth of the 2012-2018 period, reflecting the extent of the rebound in activity already achieved.

Expenditures in the education segment – the largest discrete segment – are forecast to rise 4.1% annually through 2023. Rising government revenues due to an expanding economy are expected to support state and local funding for new schools and renovation projects.

In addition to the segments noted, the report covers new commercial building construction and improvements such as additions, alterations, and major replacements (e.g., heating systems). Maintenance and repairs for existing structures and service facilities are not included. Also excluded are land acquisition costs, drilling of gas and oil wells, and digging and shoring of mines.

As defined by the US Census Bureau, expenditures represent architectural and engineering costs; labor, material, and overhead costs; interest and taxes paid during construction; and contractors' profits.