Agreement would scale back tariffs on Chinese goods, easing trade tensions between the two countries 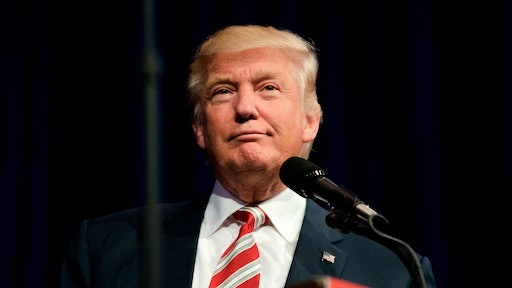 The President has apparently signed off on tariff reductions for Chinese goods in exchange for China spending $50 billion on U.S. farm goods, tightening its intellectual property protections and opening its financial services markets.

Announcement of the agreement was welcomed by those in the manufacturing sector. The Association of Equipment Manufacturers (AEM) issued the following statement shortly after the Trump administration indicated it would scale back U.S. tariffs on Chinese goods and avoid tariffs originally scheduled for December 15 to take effect.

“The announcement to scale back tariffs by the Trump administration is a good step in the right direction,” stated Dennis Slater, president of AEM. “These tariffs have hurt equipment manufacturers, raised the costs of doing business and made it a lot harder for our industry to create more good-paying American jobs. The resulting trade war with China has also significantly hurt U.S. farmers and rural communities.

“With the 2020 election around the corner and with these tariffs increasingly wearing on the minds of American voters, we encourage the administration to continue negotiating with the Chinese government for the removal of all the remaining tariffs still in place,” he added.