Global construction output growth is forecast to edge up to 3.1% in 2020 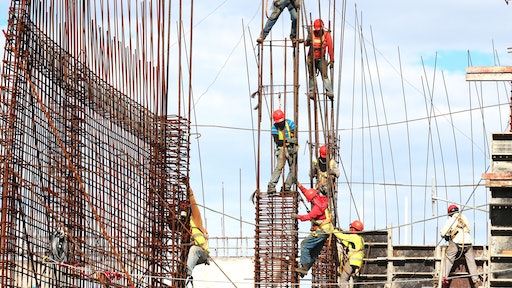 The global construction industry has been struggling to generate growth momentum, reflecting weakness in the global economy, but prospects for 2020 are positive, according to GlobalData, a leading data and analytics company.

“The pace of expansion in the global construction industry in 2019 was the slowest in a decade, standing at 2.6%,” Danny Richards, GlobalData lead economist, commented. The slowdown in construction output growth has been particularly severe in advanced economies, including the U.S., the UK and Australia.

“However, global construction output growth is forecast to edge up to 3.1% in 2020,” Richards continued. “Improvement in construction growth will, in part, be driven by a projected improvement in the global economy in 2020 – which in turn relies on improvements in financial market sentiment and a stabilization in some of the large currently troubled emerging markets.”

Despite the positive outlook, geopolitical risks are intensifying and could potentially undermine investor confidence and disrupt capital flows in the early part of the forecast period. Risks to the overall forecast stem primarily from a possible escalation in the trade war between the U.S. and China, and inflamed tensions between the U.S. and Iran.

“There is a risk that China could overstep its efforts to support the economy, resulting in an unmanageable debt crisis,” Richards noted, adding this would disrupt investment trends globally, most notably via the impact on demand in commodities markets. “There are also other major emerging markets facing domestic political and economic stresses that could erupt into full-blown crises, creating a risk of contagion across these markets.”