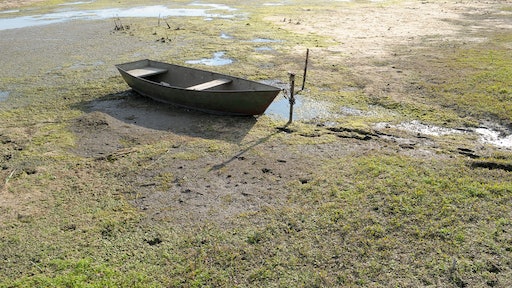 "Prior to the revised rule, virtually any ditch with standing water could have been covered by EPA and Corps jurisdiction," Harwood suggests.

Harwood, a senior vice president with Terracon, a national consulting engineering firm specializing in environmental, facilities, geotechnical, and materials service, delivered his remarks in Kansas City, KS, at a U.S. Environmental Protection Agency (EPA) and U.S. Army Corps of Engineers (Corps) hearing. ARTBA is making a key issue out of how the agencies define “waters of the United States” (WOTUS) that are subject to federal authority.

For context on WOTUS regulation, Vox reports that uncertainty over jurisdiction led to a Supreme Court split decision in Rapanos v. United States in 2006, Justice Anthony Kennedy argued that Clean Water Act protections applied to wetlands that “significantly affect the chemical, physical, and biological integrity of other covered waters.” But Justice Antonin Scalia argued that protections only applied to wetlands “with a continuous surface connection” to navigable water -- a far smaller number of wetlands.

Whenever a subsequent dispute arose over whether or not a landowner needed a Clean Water Act permit, courts had to resolve it on a case-by-case basis. The EPA and Corps of Engineers tried to bring clarity by studying 1,200 scientific papers to figure out which types of bodies of water were important to aquatic ecosystems, and deserved protection under Kennedy’s opinion. The final Waters of the U.S. rule published in June 2015 outlined which bodies of water were automatically covered by the Clean Water Act -- requiring permits for discharges or dredging or dirt fill -- and which ones still needed to be dealt with on a case-by-case basis.

The EPA said the 2015 WOTUS rule didn’t significantly expand the waters under its jurisdiction. Rather, it created more certainty for about 3% of the nation’s waterways -- to avoid bringing cases to court every time there was a legal gray area. According to the EPA, the rule offered clearer protection to upstream bodies of water that contribute to drinking supplies for one-third of the U.S. population.

ARTBA and its industry allies are currently challenging the 2015 WOTUS rule in federal court, essentially recasting what was a technical decision based on the science required to achieve the Clean Water Act's water-cleanliness goals into one focused on jurisdiction. The Trump Administration's proposed overhaul would replace the WOTUS definition.

EPA officials have said they didn’t know how many waterways would be excluded from federal jurisdiction under the new proposal. However, a document obtained by E&E News showed that the EPA and the Army Corps had estimated last year that least 18% of U.S. streams and 51% of wetlands are of a type that the revised rule expressly exempts from federal protections.

"Requiring wetland permits for ditch construction and maintenance would force project sponsors and the private sector to incur new administrative and legal costs," Harwood pointed out. "This, in turn, would lead to increased project delays and divert resources from timely ditch maintenance activities, potentially threatening the role ditches play in promoting roadway safety.

The proposed rule is currently open for a 60-day public comment period. ARTBA will be submitting written comments in support of the rule.