Texas judge ruled on procedural objections and blocked enforcement of EPA's Waters of the United States rule in TX, LA and MS, leaving it in effect in 22 states 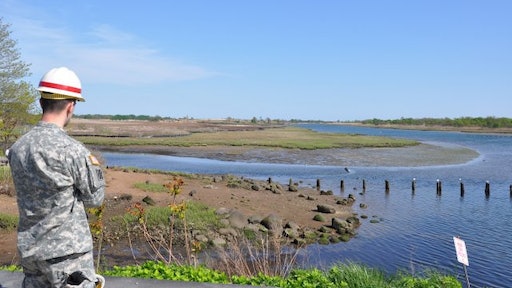 EPA and the Army have been working in fits and starts caused by the government shutdown and sluggish EPA appropriations on an understandable, implementable definition of "Waters of the United States"
army.mil

A May 28 federal court ruling in the Southern District of Texas striking down the federal government’s 2015 version of the “Waters of the United States” (WOTUS) rule is a win for the nation’s transportation construction industry and builders of other much-needed infrastructure, the American Road & Transportation Builders Association (ARTBA) says.

ARTBA and 13 other trade associations challenged the rule in July 2015. At issue is how the U.S. Environmental Protection Agency (EPA) and U.S. Army Corps of Engineers (Corps) decide which bodies of water are under federal jurisdiction.

In their lawsuit, the coalition of trade groups objected to how EPA drafted the rule. The groups said that in addition to distorting U.S. Supreme Court precedent, the agency “subverted the notice-and-comment process by (among other things) failing to seek comment on scientific reports relied on in the Rule and on major revisions of the proposed rule, conducting an inadequate economic analysis, and engaging in an unprecedented advocacy campaign that led to a distorted and biased comment process.”

In the May 28 ruling, the judge agreed with the groups’ procedural arguments and decided the rule must be sent back to EPA because “those governed by the rule were deprived of notice of a substantial change to our nation’s environmental regulation scheme.” The decision blocks enforcement of the 2015 rule in the states of Texas, Louisiana and Mississippi, but leaves it in place in 22 other states.

At the same time, the Trump administration is in the process of both formally repealing the 2015 rule and finalizing a replacement WOTUS regulatory framework. ARTBA supports both those efforts.

Established in 1902 and with more than 8,000 public and private sector members, Washington, D.C.-based ARTBA advocates for strong investment in transportation infrastructure to meet the public and business community demand for safe and efficient travel.