Construction Machines of the Future Brought to Life in LEGOs

FutuRE:BUILD will showcase what people from across the globe perceive as the future of construction equipment 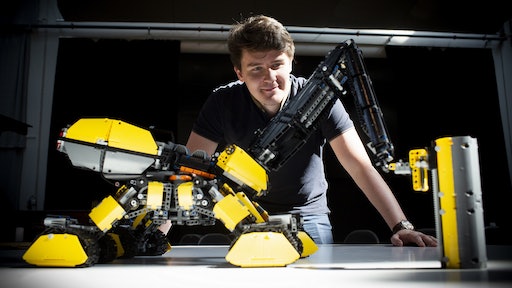 The grand prize-winning entry is the autonomous Volvo Rottweiler by Vida András. It is fitted with a pneumatic drill, a dozer and a 3D printer.

Futuristic design and LEGOs combine under one roof at FutuRE:BUILD in London this weekend, as Volvo Construction Equipment (Volvo CE) and LEGO Technic unveil the inventive concepts developed as a result of inviting people from across the globe to come up with their idea of what construction machines of the future might look like and how they would perform. This exclusive exhibition is being hosted at the London Transport Museum in the heart of Covent Garden, London, from May 10 to 16.

In a competition inspired by the futuristic vision behind the LEGO Technic Volvo Concept Wheel Loader ZEUX, entrants were asked to build their own models using at least 50% existing LEGO Technic bricks. Entries were whittled down to the top 10 models chosen by a panel of judges. Together, they showcase a broad spectrum of technologies, including driverless automation, 3D printing, solar panels and drones. 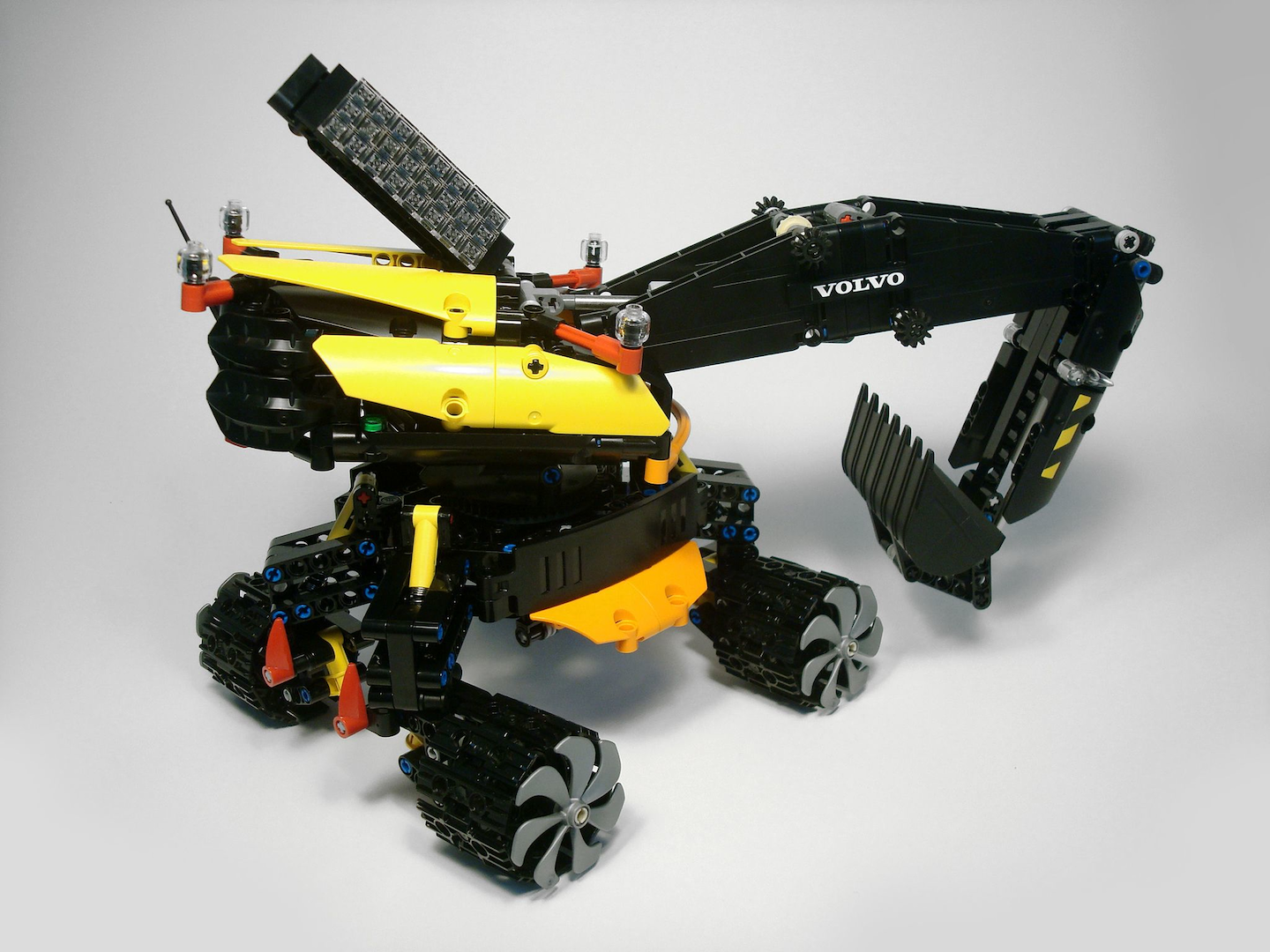 Runner up prize-winning model Volvo Excavadrone, by Marco Pirola, works on both land and in the air.“We were overwhelmed with just how far people went with their creations,” says Arvid Rinaldo, brand communications & partnerships, Volvo CE. “The best-in-show were picked because they prove that the boundaries of our future construction machines are seemingly limitless. Some of these designs look like they have come straight out of a sci-fi movie. We are at an exciting point in time for the industry and these models are actually not too far removed from what could be coming to our construction sites of the future.”

The panel of judges, which included members of LEGO Technic and Volvo CE, critiqued the entrants on a number of factors: overall coolness and originality, most inspired details, relevance to the contest theme and best use of LEGO elements. Winners range in ages from 14 to 47 and come from all corners of the world, from the UK to Hungary, the USA and South Africa.

The grand prize winner is Transylvanian native Vida András, a 27-year-old Romanian. His self-driving “Volvo Rottweiler” is fitted with a pneumatic drill, a dozer and a 3D printer, making it capable of autonomously taking on any construction challenge in the most hard-to-reach places.

“To me, the design is not just about playability, it’s about really exploring the potential for future technologies,” says András. “In my industry, 3D printing is one of the biggest trends at the moment, so I wanted to incorporate that into my model. I have 20 years’ experience playing with LEGO sets. I’ve loved it forever and have always had this confidence that I could sit down and build for hours and eventually it would all come together in the end.” 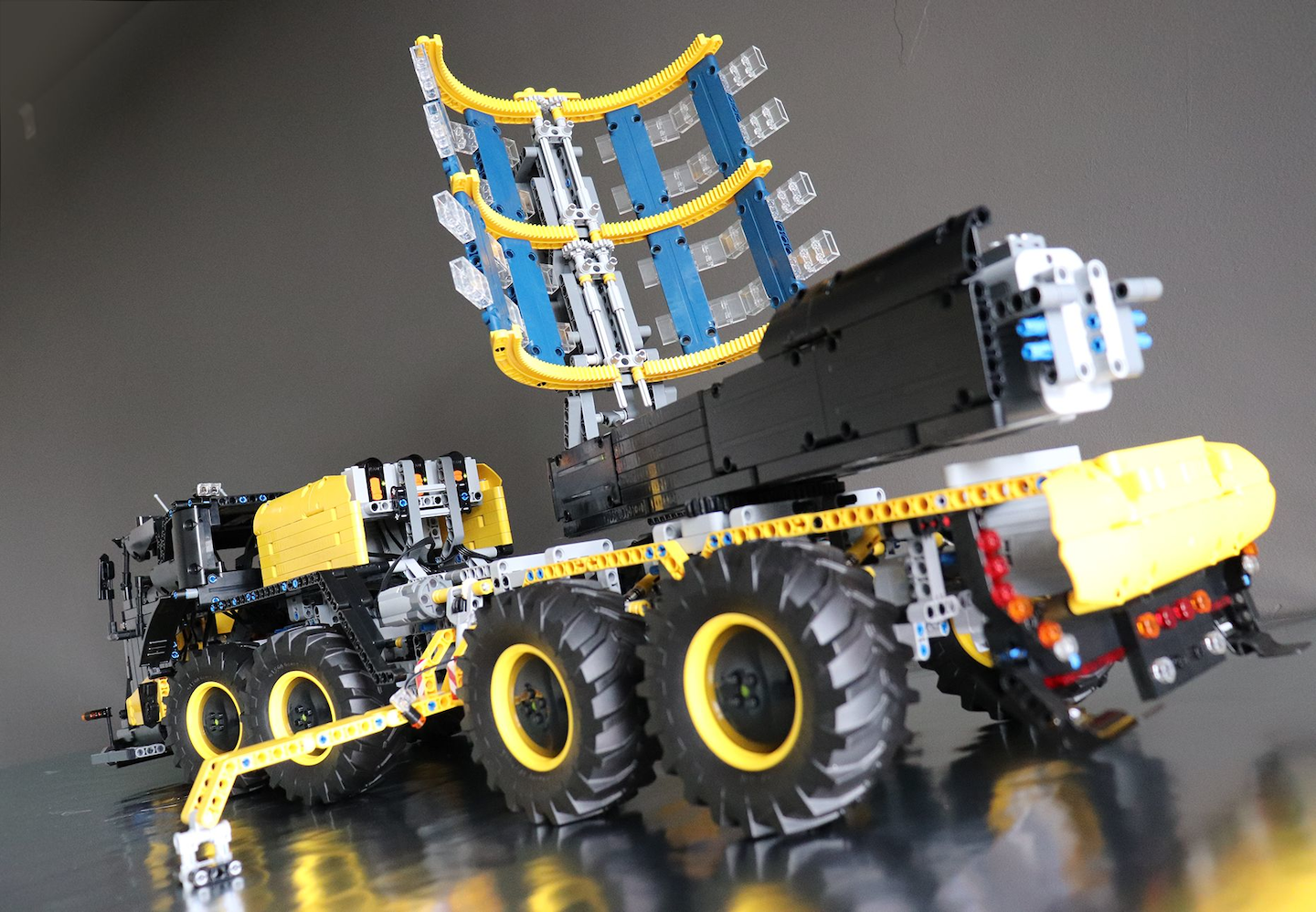 Sam Mullins, director for London Transport Museum, says, “We’ve all enjoyed the imaginative play of LEGO bricks and I am sure our visitors will be thrilled to see these fantastic, futuristic creations. As well as offering a great day out, one of the key things we do at London Transport Museum is to turn childhood enthusiasm into a career in engineering. These driverless diggers will certainly inspire young minds. And budding young inventors should also pop into our Future Engineers gallery after exploring the new FutuRE:BUILD exhibition.”

[VIDEO] Volvo GaiaX Concept: What Construction May Look Like in 2030

The Connected Jobsite: An interactive look at the jobsite of today, tomorrow and the future