Stropki's career at Lincoln Electric spanned 41 years, including serving as the company’s CEO from 2004 to 2012 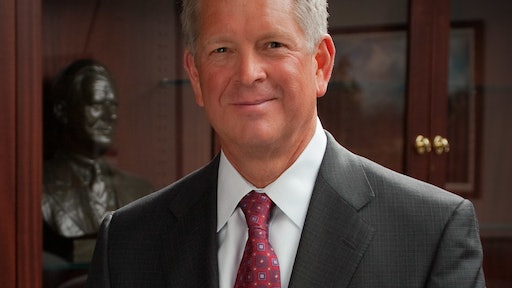 Lincoln Electric Holdings, Inc. mourns the loss of John M. Stropki, Jr., former chairman, president and CEO, who passed away on Saturday, May 11, 2019, at the age of 68.

“On behalf of the Board of Directors and the entire Lincoln Electric family worldwide, we extend our deepest condolences to John’s family at this difficult time,” stated Christopher L. Mapes, current chairman, president and CEO. “John was not only an icon at Lincoln Electric, but was one of the most respected leaders in our industry. His relentless passion for the company, its customers and the industry left an indelible mark that will continue to live on forever.”

Stropki had a successful career at Lincoln Electric for 41 years and served as the company’s seventh CEO from 2004 to 2012. He started at Lincoln Electric as a summer intern while attending college and rose through the sales organization to become executive vice president and president, North America in 1996. He joined the Board of Directors in 1998 and was promoted to chairman, president and CEO in 2004.

During his tenure, Strokpki transformed operations, oversaw numerous acquisitions and product innovations and expanded Lincoln Electric’s global footprint. He ultimately positioned the company to be a leader in the industry while staying true to its mission and values.

John served on the boards of The Sherwin-Williams Company, Hyster-Yale Materials Handling, Inc. and Rexnord Corporation. He also dedicated his time and efforts to support numerous industry associations and non-profit organizations, including University Hospitals.

John earned a bachelor's degree in industrial engineering from Purdue University and an MBA degree from Indiana University.

OSHA-related content dominated the news this week as Biden announced his plans to increase enforcement of violations, especially those specific to COVID-19. We discuss the top 10 OSHA violations and how to avoid them.
Jessica Lombardo
January 22, 2021
Follow Us