The Honor in Leadership

6 reasons leadership is an honor 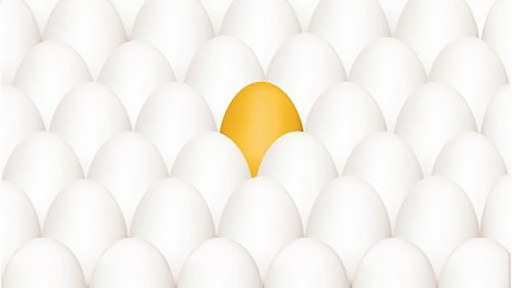 Leading others is still an honorable profession. But leading others is not about how smart one is, how talented one is or how charismatic one is; it is more about the commitment the leader feels to be the best that he can be. It is embracing the reality that now others depend on the leader's insights, his openness to accept other ideas and his diligence to see each person be all that they can be as a worker.

We appear to have lost much of what used to be seen as an honor, a privilege even, to leading others. For many construction leaders in the past, to be named as the next foreman, or to be made the project manager or superintendent of their first project, was both an honor and privilege.

But in today’s market many contractors are finding a serious shortage of individuals who are open to and interested in taking that next step in their professional development, that of being a leader. So I thought it might be worth the time to present a few reasons why leading others is still an honor, one that should not be taken lightly and one that should embrace all that great leadership can and still does deliver.

#1 Leading others provides opportunities for others to grow

Effective leaders have always been focused on developing the “others” in reaching their potential. Such leaders are rare, but they sincerely believe in what a person can become, what they can still attain in their knowledge, their skills, and their love for their craft. When any individual has such a leader they are freed from the fear of failure and set loose to seek out higher grounds of learning and enjoying.

#2 Leading others expands the leader's own growth

It was once noted that when General Dwight D. Eisenhower was made supreme commander of the world’s allies during World War II, that his growth to lead those whom he had leapfrogged over was just short of astounding. Once named commander, he learned how to influence, temper and challenge other leaders. This growth perhaps contributed most to his becoming President of the United States of America a few years after the war ended. The construction leader who embraces his opportunity sincerely will also find that his own growth is stimulated by his search for better approaches, solutions and inspiration.

#3 Leading others confronts a leader’s own vulnerability and fears

Everyone deals with the anxiousness of feeling vulnerable, not feeling in control of their situation. Every leader has felt the fear of failure looming before a big decision is made or project is completed. Yet, it is this same confrontation that moves good leaders to great leaders.

When a leader has developed into a disciplined employee, one who views others with hope and interest, and who has learned the benefit to proper training and organization, that leader will then be more confident to confront those anxious opportunities with calm and steadiness. Such leaders do not run from their opportunities but instead charge consistently at the cross roads and confidently move to and through the impending situation.

#4 Leading others influences faith and hope in others

There is a spiritual component in leading others. Most followers want to believe that their leader is looking out for them, fully aware of what lies ahead and seeking out the best processes, methods and resources to succeed. Such a belief falls gently upon having faith in another human being. Until proven otherwise, a crew of workers, a project team or the employees in a department will develop a faith in their leader and a hope for the best resolution. As humans, we are creatures who tend to rely on others realizing that working together we can achieve much. The leader who wins the faith and hope of their followers will achieve many things never before imagined.

#5 Leading others reflects the leaders’ own level of self-respect

Great leaders have a healthy respect for themselves. They realize their strengths and have clarity of their weaknesses. They seek not to glorify themselves but rather seek to raise the talent and reputation of those whom they lead. The leader who is comfortable in his own skin is the leader who can laugh at himself, enjoy more the winning of their employees and have no second thoughts about sharing the “spoils of war” with those who fought to win it!

#6 Leading others represents the trust those “higher up” have

Even the construction owner has someone “higher up” that entrusts them to lead their company. I’ve had many contractors through the years that they feel like it is their family whom they work for, wanting to provide a good home and future for their children. In a sense, even the owner feels as if he has been given the opportunity to lead others to success.

For any construction leader, being given the opportunity to lead others represents the trust that their senior leaders have placed in the leader to make the right decision, influence the right behavior and secure the right building practices. Without the trust of the “higher ups” a leader feels isolated and alone. With the full trust of their senior leaders clearly felt, the leader feels unleashed to “go for it” in their goal of constructing safe, secure and profitable projects.

Embrace the opportunity of leading others. Embrace the honor and respect that should be part of your desire to see great results. Embrace seriously those processes, preferences and methods that your company has asked you to follow and uphold. And finally, embrace those whom are now in your charge and under your care and oversight. Seek out first to know them, their hopes and their fears, and then gently push them to be the best that they could ever be.

Here’s to being honorable in bringing honor to leading others!

In a pre-convention (Feb. 6), day-long boot camp, "Leaders on a Mission 2018," Humphrey will cover the skills and habits of successful leaders, then provide specific steps to help contractors acquire and then practice those leadership skills. Specifically designed for crew foremen, supervisors, managers and owners and others who want to develop their leadership abilities, the boot camp will also work through Humphrey's "No Bad Job" techniques that enable construction leaders to complete quality projects every time.

For details on these and other leadership and team-building sessions visit www.nationalpavementexpo.com.

The Stripe Hog SK3000 is made for the removal of single, continuous lines on concrete or asphalt.
Hog Technologies
June 8, 2020
Follow Us