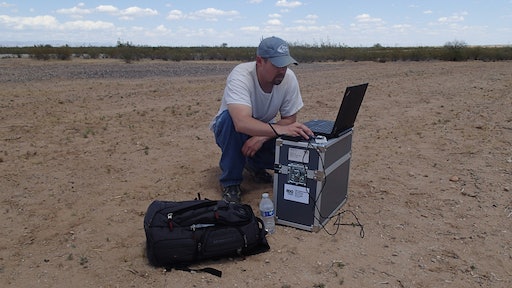 Gathering environmental data without disturbing the environment for a transmission line project in Arizona that would be constructed in an area home to senstivie wildlife and the protected saguaro cactus.

POWER Engineers is an employee owned consulting services and engineering firm specializing in the delivery of integrated solutions in a wide range of industries. Based in Idaho, with 40 locations across the United States, as well as an office in South Africa, POWER provides services on projects involving infrastructure, facilities, energy and the environment. 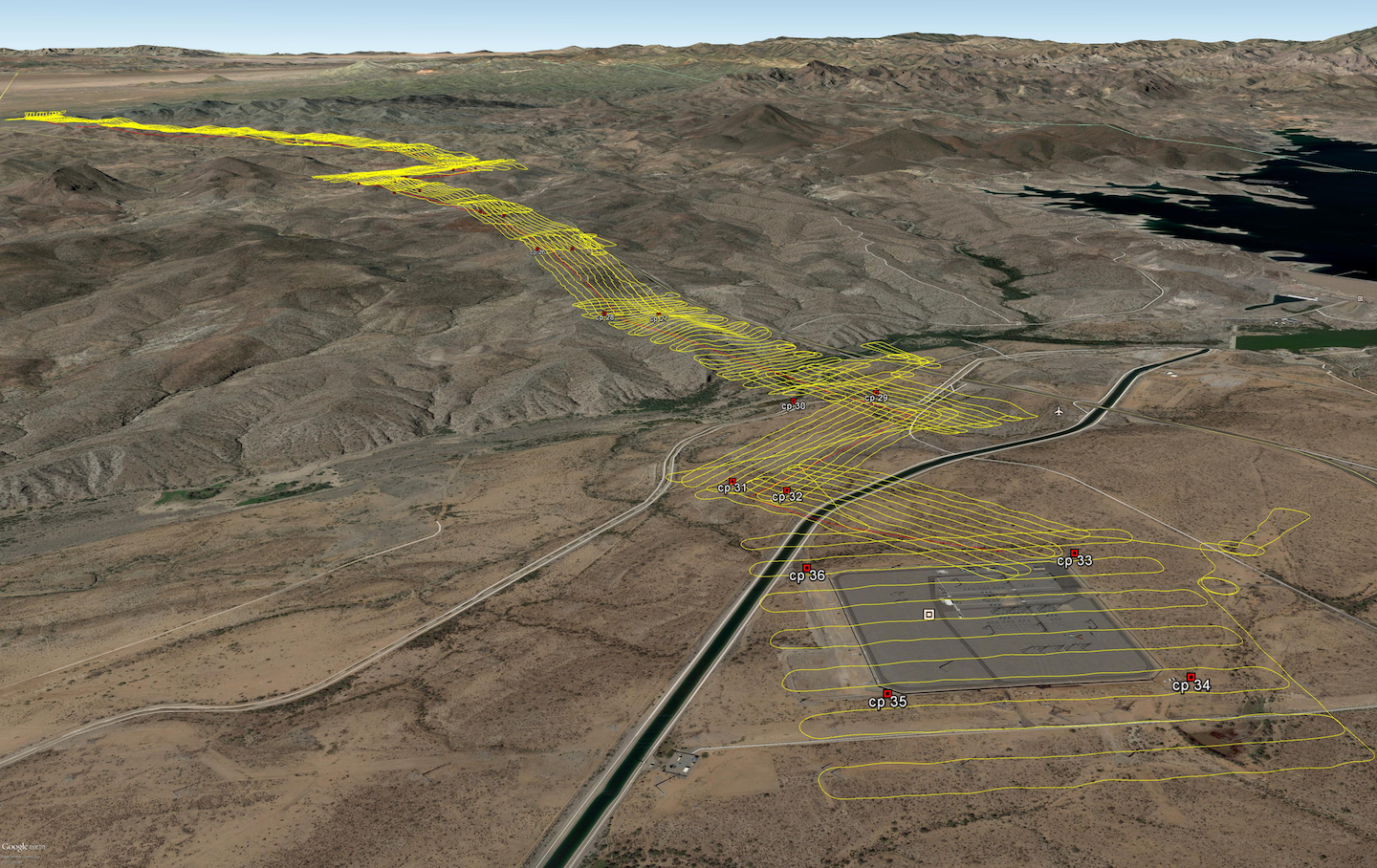 Transmission line and substation flight path.“The bulk of our work is in high voltage transmission lines,” said Aaron Ames, POWER’s department manager of Mapping and Analysis. Along with Jason Pfaff, department manager of Applied Technology, Ames leads POWER’s team in using drones to capture terrain information, high-resolution photography and collect other sensor data. Ames and Pfaff were architects of the drone program at POWER, and they advocate for the technology both within the company and to clients.

POWER was faced with a difficult challenge. It needed to accurately and completely catalog the sensitive wildlife in this area and minimize any damage that might occur as a result of collecting that data. And it needed to do so in the most timely, efficient and affordable way possible, without compromising data quality.

“Manned flight would have been a good option to collect high-resolution photography and terrain,” Ames said, discussing his decision. “Another option could have been ground survey with a large field crew with GPS units to get out there and stand by each cactus and do those measurements. That would have put a lot of people on the ground, and it would have required quite a bit of subcontracted work. Both of those options would have taken more time. Both of them would have been more expensive.” 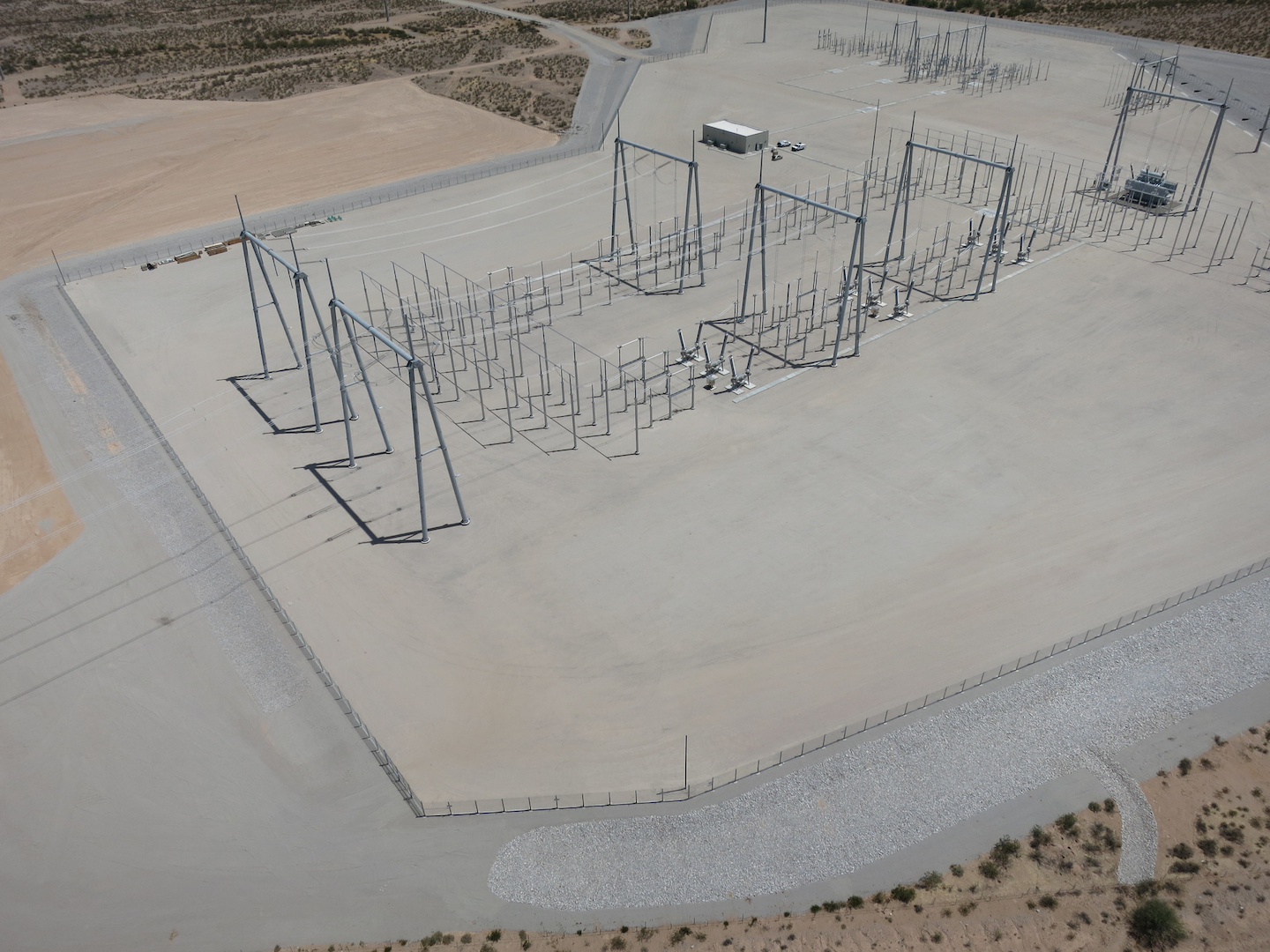 Photo of substation from eBee professional mapping drone by senseFly. 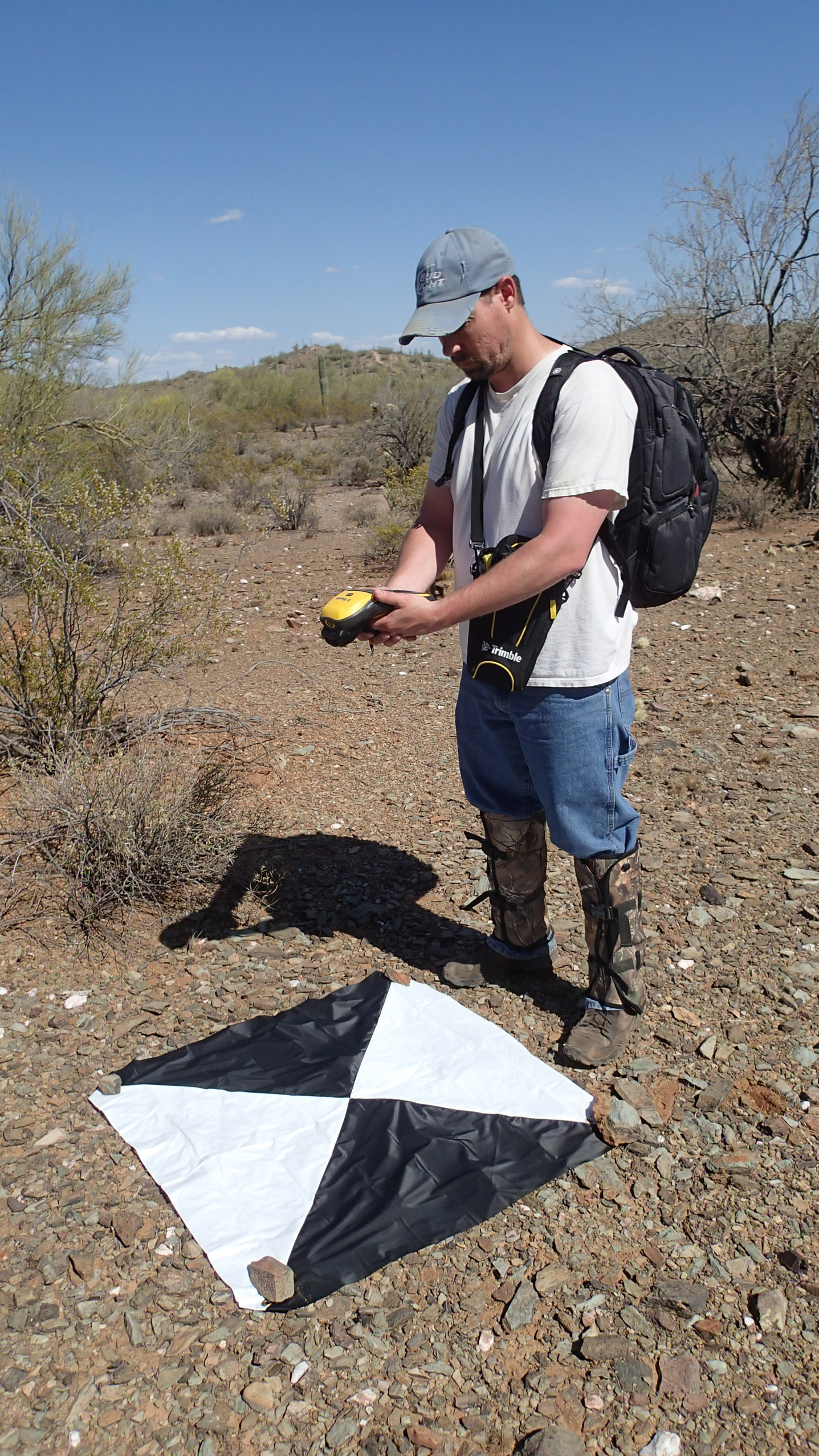 Power Engineers' licensed remote pilot Andy Bartos laying out ground control points.Because POWER Engineers has established a robust unmanned aerial imaging program, they had the tools available to perform the job, and the operational experience to do so smoothly. With a much smaller field crew than they would have used in a ground survey, they placed several ground control points (GCPs) in the desert and collected aerial data with a senseFly eBee fixed-wing drone, which is better suited than rotary aircraft to mapping large areas. The GCPs acted as fixed coordinates for the software to reference, increasing the overall accuracy of the resulting maps by an order of magnitude and yielding high-quality, actionable data for POWER and their clients.

Though placing the GCPs took longer than Ames would have liked — over half the time spent on site was spent establishing them — thanks to careful planning, they had no incidents in over four days of flying, demonstrating their professionalism and high safety standards. Importantly, the operation resulted in reduced damage to protected wildlife and a sensitive habitat was preserved. It just so happened that, in this case, the cheapest and fastest option for aerial imaging also was the most environmentally responsible. 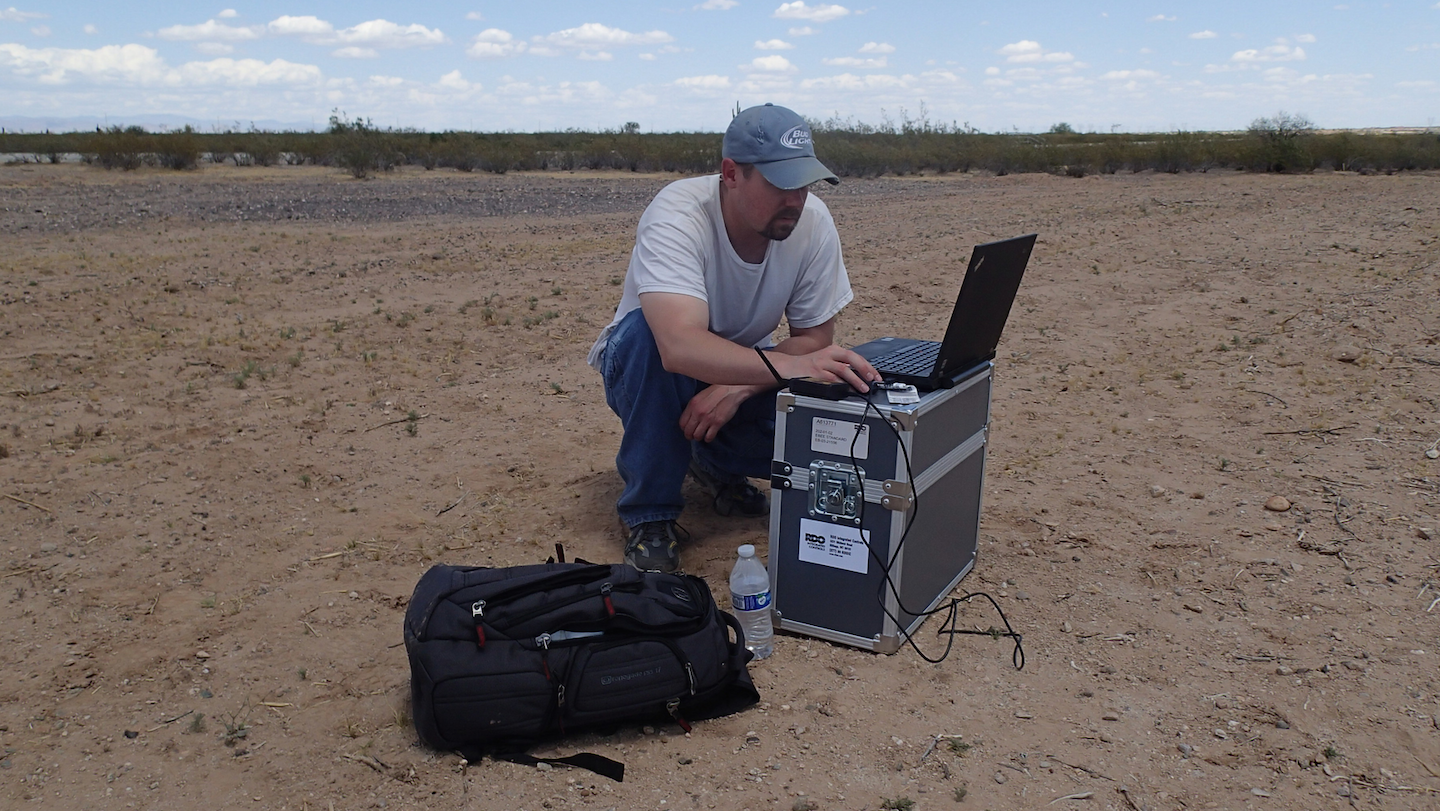 Ames cited Skyward as an important tool in planning and executing this infrastructure project.

“The biggest thing that we used Skyward for was flight planning and to make sure that we weren’t in airspace that required further authorization,” he said. “We didn’t really have time in our schedule to obtain waivers from the FAA or work with the military. So we were able to tailor this flight into a small area.”

POWER also uses Skyward to track its drone operations. “I look to Skyward as a tracking tool that will help us differentiate ourselves and have all that information, especially our safety record, to show clients that we have a robust system that’s tracking everything that we do, from planning to delivery. So if they ask about flight hours and experience, we’ll have that ready, with all our insurance documentation and certifications.”