To get a clear picture of the factors driving the growth of the aerial market, we sat down with Matt Fearon, president of Terex Aerial Work Platforms, at The Rental Show in New Orleans. Here's an excerpt from that discussion. 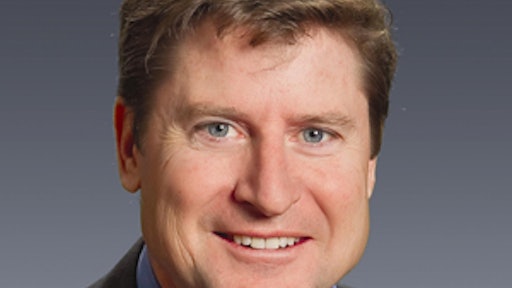 Optimism is very high in the equipment rental industry right now, as well as in the aerial segment. To get a clear picture of the factors driving that sentiment and to get a glimpse into the near future, we sat down with Matt Fearon, president of Terex Aerial Work Platforms, at The Rental Show in New Orleans. Here's an excerpt from that discussion.

Rental: How would you characterize the current state of the aerial industry?

Fearon: It's been strong for the last four to five years and it continues to be strong. That strength has been led by North America for the last couple of years, and now Europe - over the last two years in particular - has gotten healthier and they're starting to replace fleet. Asia Pacific and China, the growth there has been really good too. The only place in the world that has slowed down is Brazil.

Our long-term focus has been on global growth. The North American market is going to stay strong, but right now there is a bit of uncertainty that didn't exist in the last couple of years and that's due to oil and gas prices. I think everybody is being a little bit cautious this quarter because of the drop in the price of oil over the past several months. I don't think anyone has panicked, but I think everyone is thinking, let's see how this plays out. The good thing is, the underlying nonresidential construction and core infrastructure business is good. We view this as a lumpy start to this year - where people will kind of sit back and see what happens - but as the year progresses, we think there's enough underlying business. Rental companies are smart. They know how to manage their fleets and they're looking at what they need to do.

Rental: Some of the major rental companies are saying dropping oil prices will help their business, since it puts more money in consumers' pockets.

Fearon: There are a lot of positives. When oil and gas prices drop, there's more money in people's hands, and this can lead to more projects and more equipment being rented. Local governments can choose to implement gas taxes and they can invest that money in infrastructure. The cost of money is still low. Steel prices have dropped, so if you're building a building right now, some of your input costs will be lower. There are two sides to it; it's not all doom and gloom.

Rental: Will a potential slowdown in domestic oil and gas production hurt demand for big booms, such as the recently introduced Genie SX-180?

Fearon: No, I don't think so. There are a couple products I would consider core oil field products: 10K telehandlers and the X-60 boom lifts, and maybe light towers. The use of the big booms are more on the refinement side, which I don't think you're going to see going down. Any slowdown would be more on the drilling side. If I look at where our 180s have gone, it's all over the world, all different industries. It's not dependent on just one industry. Besides, nonresidential construction is getting stronger and continuing to drive growth. That's where the core of our products go.

Fearon: Europe was in a downturn longer than North America, just because of the economic issues they had. The result is that their fleets were aged longer, and Europe's large rental companies now need to refresh those fleets. Their economy there is still spotty, but it has been getting better. The European sentiment is really positive; customers are feeling good about the next couple of years. If you go beyond Europe to other markets, it's still very much developing, but the acceptance of aerials continues to grow. The largest percentage growth we had in 2014 was in Asia Pacific and China. It's still small, but it's nice to see that continued growth.

Rental: Some of the big news at recent trade shows centered around the recent introduction of several new telehandler models in the market - including Genie's expansion of its line with its latest model, the GTH-1256. Why are telehandlers so hot?

Fearon: I think there are two factors: There are certain models of telehandlers that are directly linked to oil and gas exploration and that's driven a lot of growth; and also, North American rental companies defleeted telehandlers heavily in the last downturn and they now need to build fleets back up.

I also think we're seeing a lot of growth in telehandlers because they don't age like other types of our equipment. They get beat up more than booms or scissor lifts just because of the nature of the work they do. As for Genie, when you look at our telehandler business, it has not been that significant to date. We didn't have a full line, but over the last several years we decided we're going to fill it out. It's a good growth category for us.

Rental: Where will product design be focused over the next couple of years?

Fearon: We're totally targeted on products that are robust and give a good return to the rental companies. You'll see that we're going to use that as a competitive advantage. Our focus is making sure we develop products that can make money for our rental customers, because that's the way they are buying - on the total cost of ownership.

Rental: We understand that's a Terex-wide initiative. How would you describe a machine that makes more money?

Fearon: In North America, it's definitely machines with fewer bells and whistles but it's more than that. People focus on the initial acquisition cost but it's not the whole answer. It's definitely a big piece of it - you have to be competitive - but it's what happens between acquisition and disposal. What does the machine cost the rental company from a warranty perspective? In service calls? How much time is spent going out to do some type of maintenance? And what about disposal costs at the end? If you have a good brand and a solid reputation of backing your products, your acquisition cost can actually be higher because your customers know they can sell their machine for 20 percent more than the competitive machine. It comes down to being able to show what it's going to cost to maintain our product, and what it's going to cost for the life of our product.

Rental: What are your predictions for the near future of the aerial industry?

Fearon: This year is going to have a lumpy start, but it's going to pan out to be another good year. I keep telling people Genie was at its historic highest revenue in 2014, so even if things level out a bit, it's still really, really good. We still have a couple good years ahead of us in this cycle. The industry has still got a little bit of room to grow and the global market offers opportunities for manufacturers like Genie.

If you look at this cycle versus the last one, and you see our compounded annual growth rate in the last cycle, it was phenomenal. We're probably not going to grow at that pace in the next cycle, but having a slower and steadier growth over a longer period of time is actually what we're hoping for - we'll take the tortoise over the hare.