Rouse's October 2019 issue of The Equipment Report shows a trend of softening equipment values, but it could just be a cooling down and not a negative trend 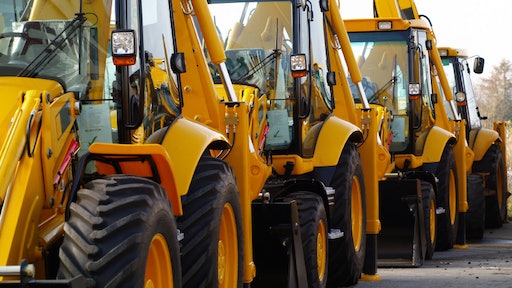 In 2018, auction equipment values were very strong, but the first nine months of 2019 shifted to a downward movement, according to Rouse's The Equipment Report - October 2019. The trend of softening equipment values started early in the year with the heavy earthmoving category. Excavators, dozers and wheel loaders all experienced downward pressure. As the year progressed general construction products also experienced a similar trend.

The price weakness in used equipment markets isn't helped by a spike in volumen of equipment that has been coming for sale in the auction market.

The October 2019 report was a mixed bag for this category.

Retail values may be up but benchmarks are down

Despite positive signs in retail equipment values, both the general construction equipment and heavy earthmoving categories had retail achievements below the previous month's market benchmark. Additionally, volume is down year over year and month over month for both categories.

A decline in values may not be all bad news. It could just be a "cooling" in the market that might bounce back in 2020.

Rental company owners are transforming their business with inspection management software and these three tips for a winning strategy.
Record360
November 18, 2020

H&E Equipment won because of their commitment and excellence in a number of areas including sales performance, parts support, product support, and training.
Takeuchi-US
November 12, 2020

Rundown with Brian Beaudry of Point of Rental

In this episode of Rental Rundown, Editor Alexis Brumm hangs out with Brian Beaudry, content generator for Point of Rental software.
Point of Rental Software
November 10, 2020

How to Manage Winter Trenching

By following these tips, rental yard owners and contractors can keep their trenchers running year-round and prevent the cold season from putting a freeze on their business.
Ditch Witch
November 9, 2020
Follow Us