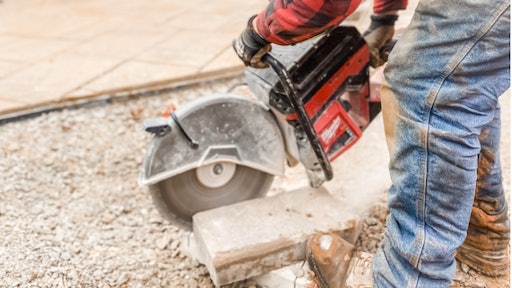 Battery power on the Milwaukee Tool MX FUEL 14-in. cut-off saws enable teams from Koetter Construction’s hardscape and masonry divisions to easily get the saws started and get right down to cutting.
Milwaukee Tool

There are few things more frustrating than needing to make a quick cut but having to go through a multi-step process to even get the saw started. Worse yet is finding out that the saw won’t start at all. Suddenly, what was supposed to be a quick cut gets that much harder and longer.

Most cut-off saws run off two-cycle engines that require mixing the proper ratio of oil to gas. Once gassed up, you have to pump the choke at least 10 times before it will fire. And once it’s pumped, it’s time to start the saw; but that isn’t quick either. The pull-start requires firm pulls to get the saw to sputter to life. Assuming all that goes to plan and the saw gets going, there’s no denying it’s not exactly conducive to maintaining jobsite productivity during a normal day — let alone in the dead of winter.

Koetter Construction is one of the largest full-service, design-build general contractors and commercial developers in Southern Indiana and the Greater Louisville, KY, area. Almost half a year ago, the company brought on board new Milwaukee Tool MX FUEL 14-in. cut-off saws to supplement its gas-powered saws. For Koetter’s hardscape and masonry divisions, the saws — which use a combination of advanced motors, electronics and batteries in place of a two-stroke engine — have proven to be ideal in situations where quick cuts need to be made.

Koetter’s teams can easily get the new battery-powered saws started and get right down to cutting. But while the hardscape and masonry divisions are realizing the benefits, one team that is often the “unsung hero” is truly reaping the rewards.

As fleet manager, Ed Michal is responsible for maintaining nearly 70 trucks, 100 pieces of heavy equipment and many other miscellaneous tools needed by Koetter’s divisions. When it comes to the gasoline-powered saws, busted spark plugs, snapped pull-start ropes, dirty air filters, failing carburetors and more have frequently required Michal’s attention over his 28 years of leading his team.

“There’s rarely a week that goes by where we don’t have gas-powered chop saws that need maintenance,” says Michal. “It can be anything from the replacement of pistons, springs or ropes to potentially complete tear downs.”

In fact, Michal even has a “scrapyard” for all the gas-powered cut-off saws his team has had to tear down.

“We spend four hours a week on just these saws alone, and this could be time that could go toward other critical maintenance on other pieces of critical equipment,” he says.

Then, Koetter brought the battery-powered saws on board. “In the time those saws have been out in the field, we haven’t had to maintain a single one. Once they go out, I don’t see them again,” says Michal. 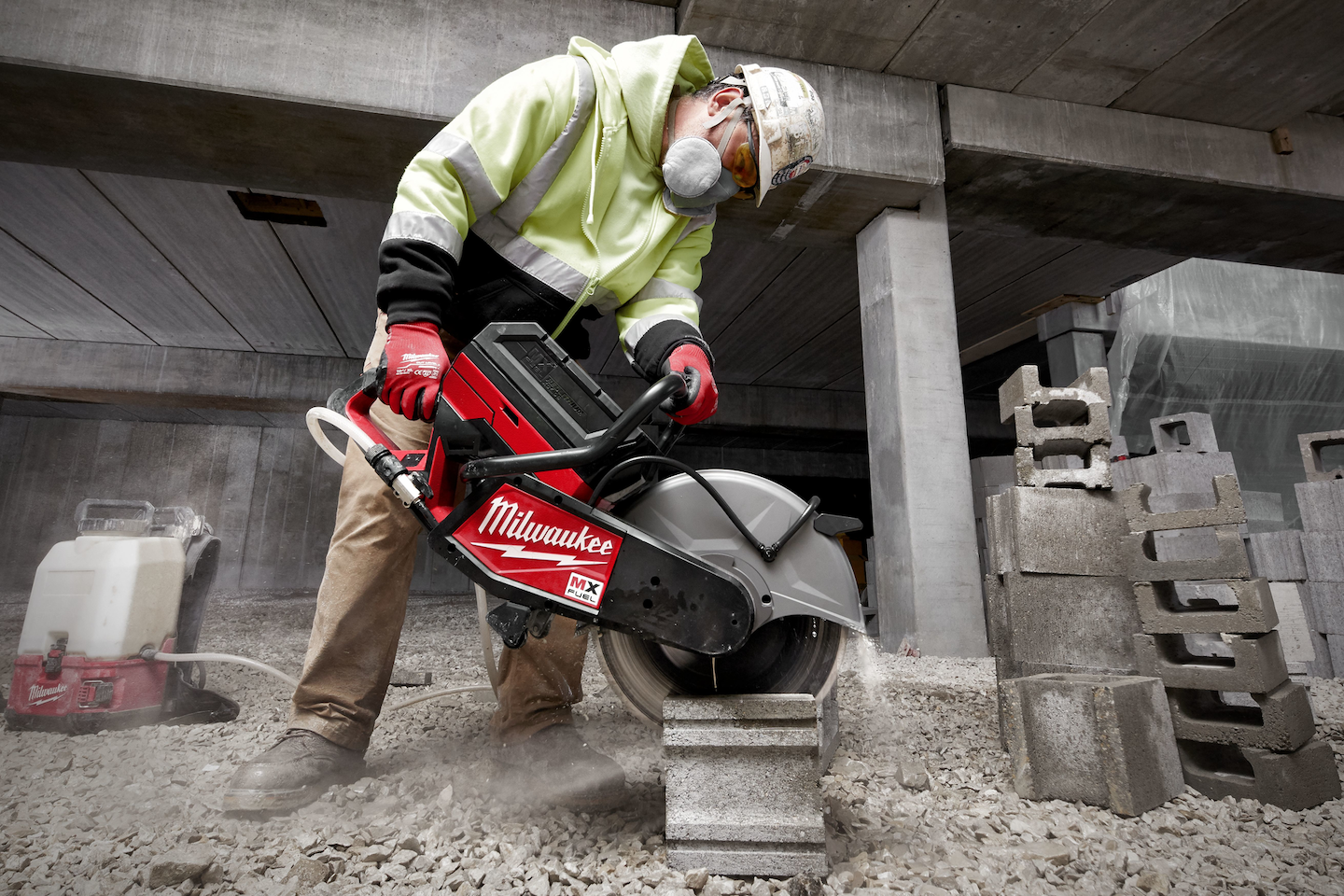 Battery power also addresses a very common safety issue of gasoline engines — emissions. When used in buildings or semi-enclosed spaces, gasoline-powered tools such as concrete cutting saws (walk-behind and hand-held) can put users at risk of CO2 poisoning. This gas can rapidly accumulate even in areas that appear to be well-ventilated and build up to dangerous or fatal concentrations within minutes.

As reported by the National Institute for Occupational Safety and Health (NIOSH), a plumber using a gasoline-powered concrete saw in a basement suffered from CO2 poisoning even though the doors and windows were open and a cooling fan was in place. In addition, an OSHA report shared that two workers died while using a wet cut-off saw to cut a hole in a basement wall for a new window. Each felt ill and tried to move to fresh air but collapsed before they could get there. These examples demonstrate how real the dangers can be. But these deaths can be prevented.

With the danger of CO2 inhalation squarely in focus, the problem of needing to cut in a confined space often remains. Battery power eliminates gasoline engines, thus eradicating the fumes that they create. This provides workers with a much less hazardous environment.

For a company’s bottom line, all of this makes battery-powered cut-off saws a major advantage. Not only will battery-powered light equipment save on the time and money associated with maintaining gas engines, but it will also help keep workers (your biggest asset) safer in the long run.

Information for this article provided by Milwaukee Tool Corp.

Understanding the capabilities and limitations of concrete cut-off machines and diamond chainsaws will help you determine which tool is right for your job.
Jenny Lescohier
October 16, 2019

Patented Tri-Vac technology pipes water to the blade guard and vacuums the slurry away for respirator-less cutting
Guarda Systems
January 23, 2019

The Outlaw is a worm drive-based, cold cut saw with an 8-in. blade that cuts all different types of metal. With its 2 ¼-in. depth of cut capacity, it has the ability to cut up to 2-in.-diameter pipe in a single pass.
February 7, 2017

The Medusaw can cut up to 2-in. depths and has a unique plunge lock system with a three-point alignment that facilitates accurate cuts and ensures clean entry and exit from the cut.
February 6, 2017