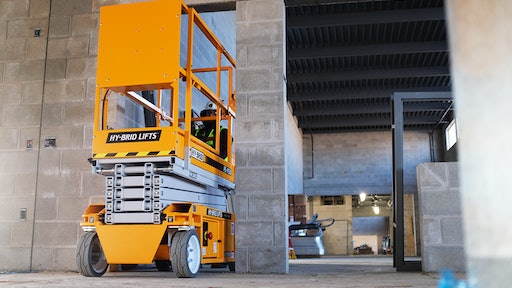 The compact dimensions of the PS-1930 allow the unit to fit through standard doors and elevators without an operator exiting the lift to fold down the rails.
Hy-Brid Lifts

“Hy-Brid Lifts have features that make them a top choice for customers,” said Andy Galle, equipment sales specialist for Superior Rents. “The non-folding rails are just the beginning. Operators love the lightweight aspect and the high lifting capacities of the PS-1930, along with the improved drive system and the LeakGuard system. We can’t keep these units stocked; they’re always out in the field.” 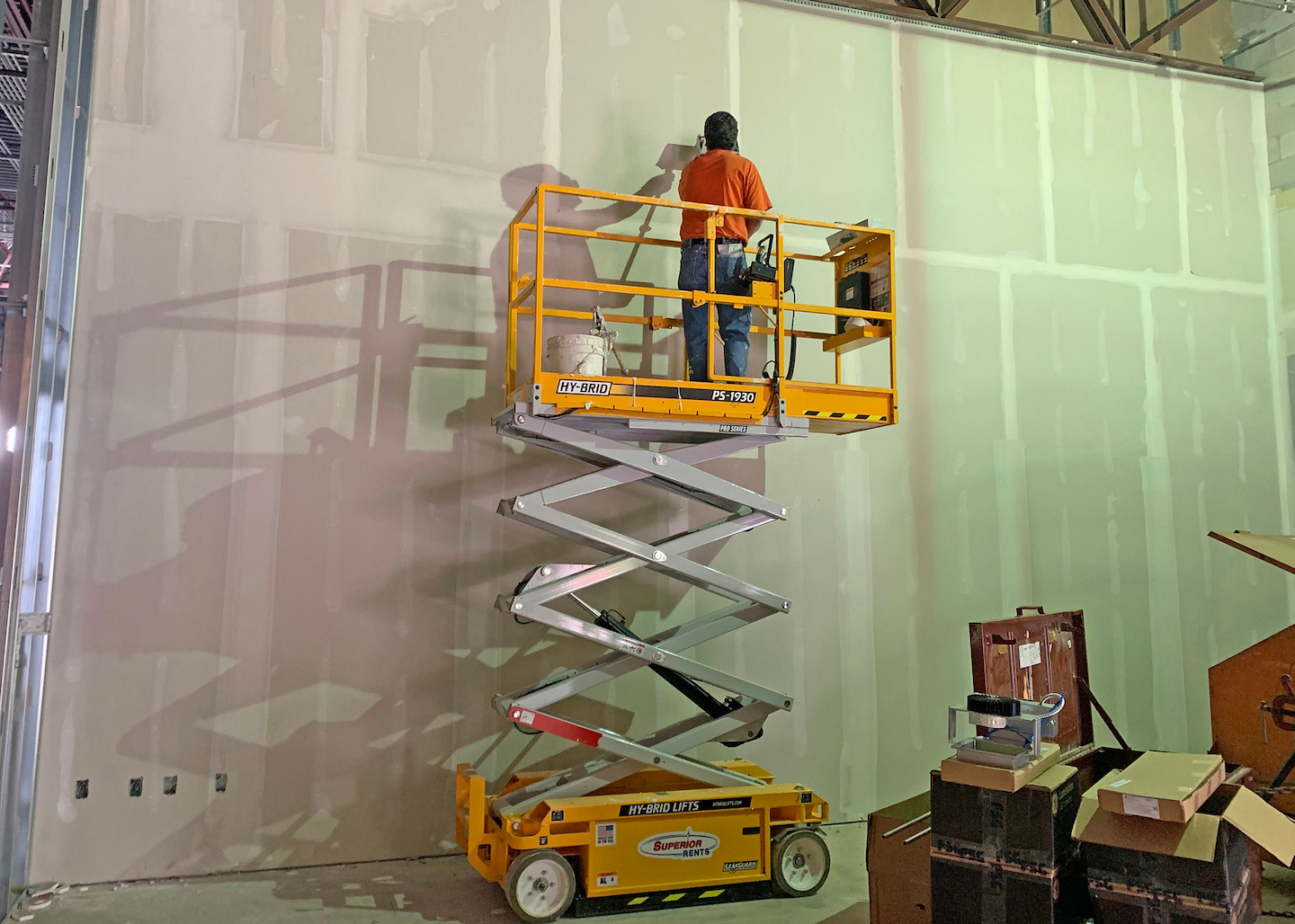 “I was using a different manufacturer’s 19-ft. lift and realized it required folding rails to fit under the doors,” said Bill Shields, owner of Steel Wall Construction. “If guys have to tear down the railing every time they pass through a door, I might as well just scaffold it. They’re almost useless. I called Andy at Superior Rents and asked if he had a solution. That was when I was introduced to the PS-1930 from Hy-Brid Lifts, and I’ve been very impressed. I use it for framing, sheetrock, finishing — the whole job start to finish.”

ANSI A92.20 standards, which went into effect June 1, require manufacturers to increase the platform rail height on their MEWPs, which means many scissor lifts will now have to fold their rails. The compact dimensions of the PS-1930 allow the unit to fit through standard doors and elevators without an operator exiting the lift to fold down the rails.

“On a project like this, door frames are put on early in the process, right after we set the walls,” Shields said. “Once the door frame is set, it’s a half-inch below 7 ft., and none of the other lifts can go through that opening with their rails up. The PS-1930 saves at least 15 minutes each time an operator has to go from room to room.”

Brad Boehler Named to Board of Hy-Brid Lifts

This battery monitoring system is a mobile app that allows for all users to track the charge history and details on the machine controller.
JLG Industries Inc.
March 24, 2020