How Will the Trump Presidency Affect the Construction Industry?

Here’s what we know about Donald Trump’s proposals that would affect construction, as well as industry experts’ take on them. 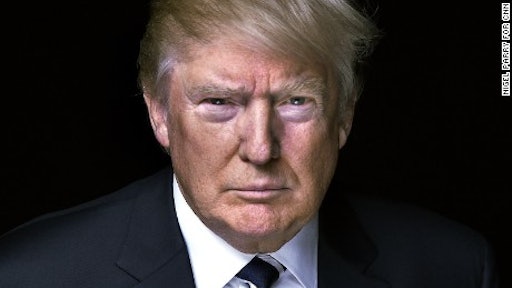 Editor's note: The following has been edited from an article published by Construction Dive on Nov. 3 comparing the proposed policies of Donald Trump and Hillary Clinton.

How a Donald Trump presidency will impact the world is on everyone's mind right now. For those involved in construction, the questions center mainly on his policies on infrastructure and housing.

Prior to last night’s election results, both Donald Trump and Hillary Clinton had emphasized the need for boosting infrastructure investment during their campaigns, but experts have criticized the plans for lacking detail. Housing issues received even less attention during this election cycle, as economic policy hasn’t seen as much play amid the seemingly endless stream of controversies throughout the campaign. And, of course, even with promises to change policy and pass new legislation, the likelihood that the next administration will easily implement significant reform isn’t high.

Here’s what we know about Donald Trump’s proposals that would affect construction, as well as industry experts’ take on them.

For more about Trump's proposed policies and their possible effects on construction...

Could the Election Prove a Tax Boon for Construction Businesses?

Five Ways a Trump Presidency Might Affect Your Rental Business

Equipment rental participants have been keenly watching rental rate trends headed into the winter. Trends in our data suggest rental rates have held up better than feared QTD with rental rate data holding strong through the 15th of the month.
M Science
December 3, 2020

Part 2: The Ultimate Guide to Rental Marketing (How to Rank on Google for Free)

In the first part of this guide, we covered how to reach your changing customer and what SEO is. Now we’re ready to delve into the next steps of marketing your equipment rental company, and they all start with one thing: content.
Gearflow
December 1, 2020

Skyjack Talks WERISE Campaign and Growth After a Pandemic

In the challenge that has been 2020, some companies in the rental industry have strived to promote kindness and compassion towards others.
Alexis Brumm
November 28, 2020
Follow Us