The judges have been announced for the 2020 International Awards for Powered Access (IAPAs). 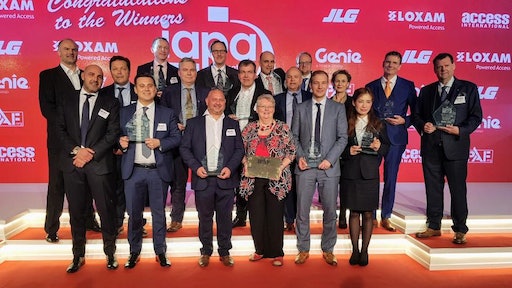 The judges have been announced for the 2020 International Awards for Powered Access (IAPAs), which will take place in London, UK, at the Millennium Gloucester Hotel Kensington, on 23 April, in the evening of the International Powered Access Federation (IPAF) Summit 2020.

Now in its 12th year, the IAPAs celebrate best practice and excellence in the powered access industry, attracting around 450 industry professionals and providing excellent networking opportunities. There are also 12 award categories this year, ranging from new products and innovations to safety and training.

This year’s independent and impartial judging panel comprises industry experts with long-standing experience in the business.

Erhan Acar has a degree in Mechanical Engineering and an MBA, has worked in various sectors as an engineer and service manager, as well as 12 years in the access industry. In 2007 he became after sales service manager for Acarlar Makine, which is a distributor for a range of access platform brands in Turkey and has a rental fleet. Since 2014, he has been general manager for Rent Rise, a pioneering rental company in Turkey.

Malcolm Bowers joined the UK access industry in 1970 with Zip Up Hire, a division of Access Equipment. In 1978 he co-founded Access Rental, which was sold to Roskel in 1990, on which he served as board director until 1991. This business was bought by Nationwide. Bowers founded Myrefield Group, specialising in concrete products, in 1991. He sold all three companies in the group, which are all still trading today. In 1998 he formed UK AFI Uplift, leading to a management buyout in 2005. He then co-founded Lifterz in 2006 with his son, which has been acquired by Speedy PLC.

Ian James started his career in the access industry with Benfords, in Warwick, UK, in the mid 1980’s having completed a degree sponsored by the currency printers De La Rue. He progressed through area sales, district management to become general manager EAME for Grove Manlift. The last 20 years have been spent with Bronto Skylift in various sales roles predominantly looking after the UK distribution.

Norty Turner is President of IPAF and the SVP of Services and Advanced Solutions at United Rentals. He is responsible for expanding its businesses in areas such as servicing and management of customer fleets, training, and Advanced Solutions – in areas such as autonomous vehicles and wearable technology. He joined United after leaving Riwal in October 2018, where he was CEO for six and a half years.

Dan Vorsholt is CEO of GSV Materieludlejning. He has been in the rental business since 1991 and the past 23 of which at GSV, the largest rental company in Denmark. With an engineering background, he has been CEO at the company since 2008, and prior to that held a range of positions, including fleet management. For the last four years he has also been in charge of purchasing and integrating four Denmark-based rental companies into GSV, which has created its market leading position.

Non-voting chairman of the judging panel is Euan Youdale, editor of Access International, the official magazine of IPAF and co-host of the IAPAs.

Event organisers KHL’s Access International and the International Powered Access Federation (IPAF), would like to thank the judges for taking part. The judges’ meeting to decide the shortlist will take place in London, UK, during February. The shortlist will be announced shortly thereafter, with the winners announced at the awards ceremony on 23 April.

The IAPAs represent the global access industry at its highest level and encourages all individuals and companies, big or small, that demonstrate best practice through their equipment or services to take part. Enter before the deadline of 12 December 2019. The IAPA 2020 Categories are:

Access Photograph of the Year Award This award is sponsored by UK rental company Media Access Solutions (MAS), which will donate the €1000 prize: €750 for first place, €250 for second place. Judges will be looking for a spectacular shot that highlights an important aspect of safety or dynamic use of access equipment. The award is open to everyone working in the access industry, although entries should not include pictures commissioned for PR and marketing purposes. The deadline for Photograph of the Year entries is January 10, 2020.

Getting the best result from your chipper requires some regular care and maintenance. In this article, we go step-by-step to show you how to keep your machine in the best operating shape for the next job.
Barreto Manufacturing Inc.
May 28, 2021
Follow Us