Sunstate Equipment Co. has signed an agreement to acquire Cascade Shoring and Cascade Trench Safety in the Pacific Northwest. 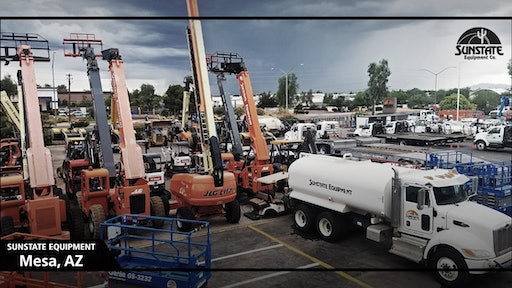 Sunstate Equipment Co. has signed an agreement to acquire Cascade Shoring and Cascade Trench Safety in the Pacific Northwest. The definitive agreement to purchase all Cascade assets and ongoing business operations was signed Nov. 16.

Cascade’s business entities include rental branches in Portland and Seattle. The company has a longstanding reputation for service and safety excellence across its two-state service area.

This acquisition marks the entry of Sunstate Equipment’s Trench Safety Division into the Pacific Northwest, where Sunstate has grown its general rental operations since opening its first branch in the region in Portland in 2018. Since then, Sunstate has added general rental locations in Kent, Lakewood, and Woodinville, Wash.

Sunstate’s rapid growth in the northwest has mirrored similar growth into new markets in the southeast – Georgia, Florida, North Carolina – during the same two-year period. In 2019, Sunstate also entered the specialized services niche of underground and confined space safety with the addition of its Trench Safety Division, which currently operates in Georgia, Oklahoma, and Texas.

“We’ve seen tremendous success with our new trench services,” said Sunstate CEO and president Chris Watts. “Our customer-focused service model of reliability and commitment to a flawless rental experience makes us uniquely qualified to meet the exacting needs of our underground safety customers.”

Founded by 2010 ARA Hall of Fame inductee Mike Watts, Sunstate Equipment has grown from a single rental center in Phoenix to providing award-winning rental solutions from coast to coast. In the company’s 43-year history, it has enjoyed a widely renowned reputation for service excellence that has never veered from their founder’s original vision to conduct business with integrity, transparency, and to prioritize people over profits.

“Sunstate has traditionally relied on organic growth to fuel our nationwide expansion,” Watts added. “Accelerating growth of our Trench Safety Division through this acquisition builds on the success of our fledgling Trench Safety Division, while also combining the expertise and strengths of both Cascade and Sunstate to bring even more robust rental solutions to our business partners in this region.”

The family-owned and operated Cascade businesses will become part of the Sunstate brand when the sale closes in early December. Cascade’s current owner and CEO, Steve Heneveld, is retiring; however, his sons Greg Heneveld, Sam Heneveld, Tim Heneveld, and Josh Heneveld—in addition to more than 20 Cascade employees—will join the Sunstate team to continue driving trench operations and sales in this region.

“We are very pleased to welcome this outstanding Cascade team into the Sunstate family,” Watts said. “Our reputation for best-in-class service was earned by building strong teams and cultivating a culture that values treating people with respect. And, we believe Cascade’s commitment to quality and service is a good fit with our own.”

Chris Watts is the New CEO of Sunstate Equipment

Protecting your ROI protects earnings and cash flow. The steps required to reach this goal are nothing more than accounting adjustments that cost practically nothing.
Garry Bartecki
February 15, 2021

From word count to content uniqueness to keyword density to backlinks and more, here are the recommendations to create content that ranks high in Google searches. Parts 1 and 2 covered marketing your equipment rental company and content creation
Gearflow
February 8, 2021