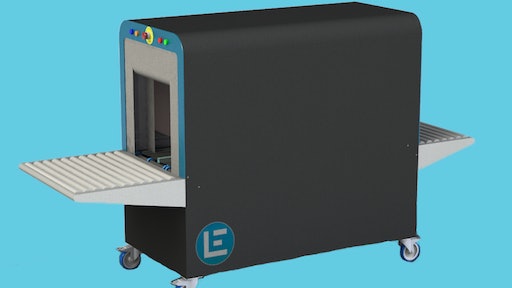 Lind Equipment has announced that their newly developed Apollo UVC LED system has been proven to kill the SARS-CoV-2 virus — the first Canadian-designed UVC LED system proven effective against the virus that causes COVID-19. The development paves the way for rapid, portable decontamination of shared spaces such as medical facilities, long-term care homes, and high-traffic public spaces, all at the flick of a switch.

Lind’s UVC LED lights can be mounted on a wall, hung from a ceiling, or arranged on panels or stands. They plug into a standard outlet, can be turned on or off instantly, and come standard with a 360° microwave sensor to protect people that come too close to the UVC light. The lights can decontaminate surfaces and air in minutes, making them suitable for daily use in such settings as construction, retail, gyms, restaurants, offices, classrooms, aircraft and public-transit vehicles.

In addition to being a proven method to kill SARS-CoV-2, the Apollo UVC LED system is extremely flexible and can be incorporated into other devices to provide different form factors and intensity levels to meet specific industry needs. The Apollo UVC LEDs have no bulbs to break or glass to shatter, and they can be arranged in a virtually unlimited way to deliver the exact dose needed. While other UVC decontamination products rely on outdated and mercury-containing bulb-based technology, the Apollo UVC LED system is more durable, flexible and energy efficient.

Sean Van Doorselaer, chief executive officer of Lind Equipment, said, “We’ve always said that design matters here at Lind Equipment, and so when we sought to be helpful in fighting this pandemic, we strove to build a powerful and flexible UVC LED system that could be the engine in a whole host of virus-killing solutions.”

To put these results in context, a standard 50 watt Apollo UVC LED decontamination light can reach the 10 millijoules per square centimeter dose required to kill 99.99 percent of SARS-CoV-2 within 30 seconds at a 2-foot distance and in less than 8 seconds from 1 foot away. Alternative designs using the Apollo UVC LED system can scale up or down from there depending on the requirements.

“This test verifies that our Apollo UVC LED decontamination system can be a powerful tool to kill SARS-CoV-2 whether in the air or on surfaces. This proven strong performance will allow many industries to make their shared spaces safer both in this pandemic and beyond as they look to a broader infection control mandate,” said Brian Astl, president of Lind Equipment.

In addition to its own suite of Apollo branded UVC decontamination products, Lind Equipment has worked with other businesses to create specific solutions for their unique needs. Examples of these OEM uses of the Apollo UVC LED system include the CleanBot UVC decontamination robot designed by CrossWing (a leader in autonomous robots) and the CleanRide UVC patent-pending vehicle decontamination system from Team Eagle (a leader in equipment and software for airfield management and maintenance).

Moreover, the Apollo UVC LED decontamination light has been granted numerous special honors, including a Pro Tool Innovation Award for Workplace Safety and an Excellence Award for Innovation in Industrial Hygiene at Canada’s Safest Employers Awards.