Atlas Copco Raises Nearly $31,000 for Water for All Charity 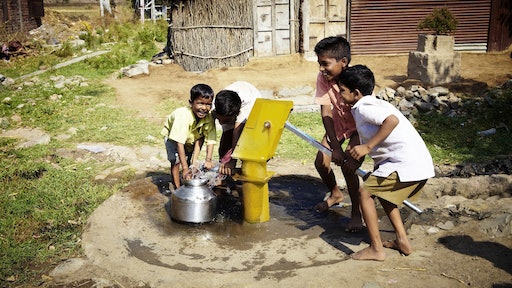 Atlas Copco USA employees raised more than $30,000 during a three-day sales conference to support its Water for All organization, which sponsors clean drinking water projects around the globe.

Atlas Copco USA raised nearly $31,000 in individual and company-matched contributions for its employee-led Water for All charity organization. The company raised the funds during a three-day, annual sales conference, and more than doubled the amount of new employee contributors.

“As a responsible corporate citizen, our company realizes how important it is to give back to the markets we serve,” said Sofie Gielen, Atlas Copco marketing communications director. “This is just one way our company wants to make a difference in the world we live in.”

Two Atlas Copco employees, Torgny Rogert and Peter Hakansson, founded Water for All in 1984 after seeing how an ongoing drought created harsh living conditions in Peru. In just the past four years, the Water for All initiative has helped more than 10,000 people gain access to clean water and sanitation and has donated more than $500,000 to 15 projects around the world.

“What started as a one-time project to raise money to combat drought-stricken communities in Peru has grown into a worldwide initiative that allows our employees to act on their commitment to global sustainability,” said Jim Levitt, president of Atlas Copco North America. “We are proud to support organizations that raise awareness and take action around the issues of unsafe drinking water and global water scarcity.”

Water for All celebrated its 30-year anniversary in September. During the past 30 years, the global Atlas Copco charity organization has helped more than 1.5 million people gain access to clean drinking water.

Atlas Copco Supports Water for All Project in Malawi