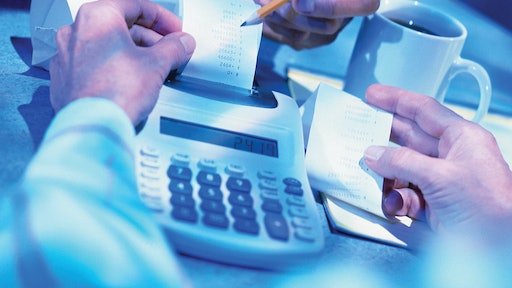 A proposal to change how leases are accounted for on corporate balance sheets could have a widespread, detrimental impact on the U.S. economy, triggering a $10 billion reduction in gross domestic product (GDP) and 60,000 fewer jobs by 2016, the Equipment Leasing and Finance Association (ELFA) announced today. ELFA cited a new study, "Economic Impacts of the Proposed Changes to Lease Accounting Standards," conducted by information and analysis provider IHS for the Equipment Leasing & Finance Foundation, as the first independent study to substantiate how the complex proposal might affect an already fragile U.S. economy.

Currently, operating leases are not reported on companies' balance sheets; they are reported in the footnotes to companies' financial statements. The proposed lease accounting changes, from the Financial Accounting Standards Board (FASB) and the International Accounting Standards Board (IASB), would require companies to record virtually all leases on their balance sheets. The study's analysis of financial data reveals that the proposal would depress company profits, economic growth and financial stability.

According to the study, many businesses do not object to having to record leases on their books. Rather, they object to how the proposal would require them to account for and report lease transactions, contending that aspects of the proposal are too complex, impose burdensome regulation on businesses and do not accurately reflect the economics of the lease transaction.

The new study finds that under the lease accounting proposals being considered by the IASB and FASB:

Several components of the proposal could act as stumbling blocks for U.S. businesses. The potential negative fallout from changing lease accounting rules includes:

The FASB and IASB have announced plans to issue a new draft of their proposal by early April 2012, with a 120-day comment period. ELFA is urging the Boards to listen carefully to the feedback they receive on their proposal.

"Economic Impacts of Proposed Changes to Lease Accounting Standards," was conducted by IHS for the Equipment Leasing & Finance Foundation, an independent organization that publishes research for the equipment leasing and finance industry. IHS combined financial data for more than 1,800 US companies from Standard & Poor's CompuStat database with its own proprietary data to develop pro forma financial statements to model the magnitude of the impact of the new accounting standards on specific companies as well as major sectors of the US economy. The modeling effort was augmented and enhanced by a qualitative review of 105 representative comment letters submitted to FASB (in response to an Exposure Draft of the proposed rules) as well as a general literature meta-study. The study is available for free download at www.LeaseFoundation.org.