To add to the show festivities, Earvin “Magic” Johnson — an entrepreneur, successful businessman and five-time NBA champion — will be the keynote speaker. 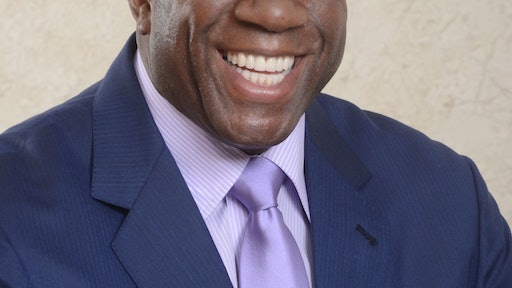 In March 1955, a group of 21 rental business owners from throughout the Midwest met in Moline, IL, to establish what is today the American Rental Association (ARA). As the fledging association continued through its first year, they made plans to meet for a “general convention of rental operators” the following January in Kansas City, MO. They decided if the convention was well received, they would hold it annually.

No one needs to guess how that first convention was received. Fast forward to 2016, where the equipment rental industry will be celebrating ARA’s 60th anniversary as well as the 60th annual convention and trade show in Atlanta at the Georgia World Congress Center from Feb. 21-24.

“The Rental Show has been delivering the opportunities rental stores need to succeed since ARA’s inception in 1955. It’s the only place where you can find the latest rental products, learn new business strategies and meet people with rental know-how to share in one location,” says Christine Wehrman, ARA’s CEO.

“The Rental Show 2016 will be a wonderful celebration of ARA’s 60th anniversary with a look back at how the association has grown throughout the years as well as a look ahead toward a continued successful future,” Wehrman says.

“The annual convention was created to bring the members together so they could exchange ideas, learn how to be profitable and purchase new equipment. Those remain the reasons why members travel from around the world to attend The Rental Show each year,” she says.

To honor the anniversary, a special registration rate of $60 will be available for full registration from Sept. 8 — when online registration opens — through Oct. 31. In addition, a $6,000 prize, celebrating 60 years, will be awarded to an ARA member attending the show — more than enough to pay for the trip to Atlanta.

To add to the show festivities, Earvin “Magic” Johnson — an entrepreneur, successful businessman and five-time NBA champion — will be the keynote speaker.

“To build a successful rental business, you need to use your strengths to your advantage. That’s something our 2016 keynote speaker understands. When his extraordinary NBA career ended, his business career began — and his legacy off the court has been just as impressive,” Wehrman says.

Since leaving basketball for the boardroom, Johnson has parlayed his skills and tenacity into business success as chairman and CEO of Magic Johnson Enterprises (MJE), a conglomerate of business entities and partnerships. He also remains relentless in his commitment to transform urban communities through his work as chairman and founder of the Magic Johnson Foundation (MJF).

Johnson’s keynote address will be just one of the highlights of ARA’s 60th annual convention and trade show. The show will focus on profitability and providing rental businesses with resources for success. It also will include a special celebration of the 60th anniversary of ARA.

Other show highlights include:

In addition, “ARA’s Route 66” will be on Level Two at the Georgia World Congress Center in Atlanta for The Rental Show. This special area will highlight ARA’s history throughout the years using entertaining videos and historical rental equipment over the past 60 years.