The board of directors of Kennametal Inc. announced the appointment of board member Ronald M. DeFeo as the company's president and chief executive officer (CEO), effective immediately. 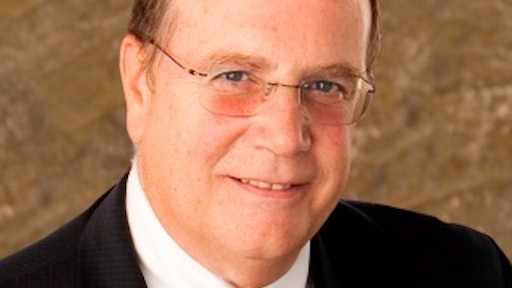 DeFeo replaces Donald Nolan, who has left the company to pursue other interests after serving as president and CEO since Nov. 17, 2014.

"We have determined a change in leadership is necessary and are pleased that Ron will step into this role," said Kennametal Chairman of the Board of Directors Lawrence W. Stranghoener. "Ron is a highly experienced CEO who will bring much wisdom, experience and passion for Kennametal. He will sharpen our focus, prioritize our results, and motivate, engage, and empower our people to produce the financial results that are expected of an industry leader like Kennametal. We appreciate Don Nolan's service. He was a necessary change agent through a period of significant turmoil and uncertainty."

A Kennametal board member since 2001, DeFeo served as the chairman of the board and chief executive officer of Terex Corporation (a global manufacturer of machinery and industrial products), from March 1998 and March 1995, respectively, until his retirement from the company at the end of 2015. He joined Terex in 1992.

"As a 14-year member of the Kennametal board, I know what the company and its people are capable of achieving," DeFeo said. "I'm excited about the potential embedded in Kennametal and with over 20 years of CEO experience, I am excited to get to work on behalf of Kennametal's employees, customers, and shareholders. I am confident in what we can accomplish together."

Before joining Terex, DeFeo was a Senior Vice President of J.I. Case Company, the former Tenneco farm and construction equipment division and also served as a Managing Director of Case Construction Equipment throughout Europe. DeFeo began his career in 1974 at Procter & Gamble in marketing and brand management where he advanced through the corporation in his 10-year tenure there. Mr. DeFeo holds a bachelor's of arts degree in Economics and Philosophy from Iona College.