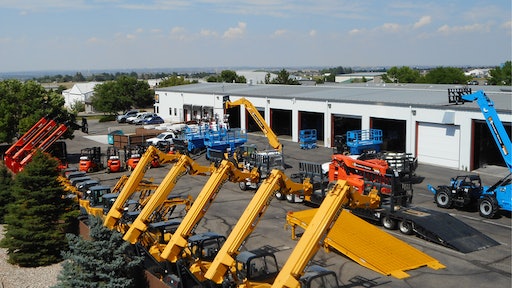 Average time utilization, based on original equipment cost, was 59.5% compared to 71.2% a year ago. The size of H&E’s rental fleet based on OEC decreased 2.3% year-over-year to $1.9 billion. Average rental rates dropped 2.8% compared to a year ago and declined 2.8% sequentially based on ARA guidelines.

Dollar utilization was 29.6% in the second quarter compared to 36.5% a year ago. Average rental fleet age was 39.1 months compared to an industry average of 49.7 months, H&E reported.

“As a result of the COVID-19 outbreak and subsequent economic slowdown, the second quarter was a challenging period for our business,” said Brad Barber, H&E Equipment Services’ CEO and president. “Work continued in our end-user markets while some projects were paused, delayed, or cancelled. As we expected, demand for rental equipment declined which pressured rates, physical utilization, and ultimately, rental revenue. Utilization bottomed in April; subsequently utilization improved and stabilized with increased levels of activity in our end-user markets.

“Recently, there are some encouraging trends compared to the second quarter; however, we believe the headwinds related to COVID-19 will persist throughout the balance of this year. There is still tremendous uncertainty regarding the cadence of the economic recovery, including the outlook for the non-residential construction markets. We are working very hard to generate returns for our shareholders in the current environment, and I am very pleased with how our team has responded to these significant marketplace challenges.”