Equipment rental activity stabilized in the first quarter, with revenue down only 0.5 percent year-over-year according to the Baird/RER Q1 equipment rental survey. 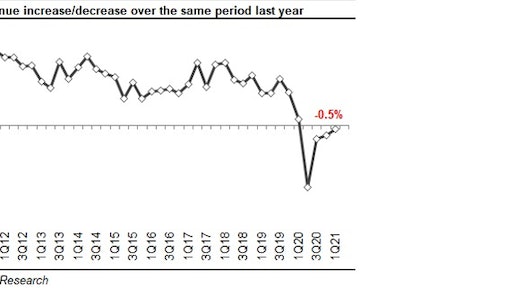 According to the Baird/RER Q1 equipment rental survey, equipment rental activity stabilized in the first quarter, with revenue down only 0.5 percent year-over-year. Respondents expect second quarter activity to increase around 6 percent, and they expect to spend more on fleet to support growth.

Average rental rates decreased 0.4 percent year over year in the first quarter of 2021 compared to a 1.8-percent drop in the fourth quarter of 2020. Revenue and utilization were in line with expectations for 80 percent of respondents, with 17 percent reporting that revenue and utilization were better than expected. According to 56 percent of respondents, the first quarter brought a similar weather impact compared to last year’s winter, while 34 percent said they experienced less severe winter weather, possibly a result of climate change.

Respondents expect 2021 rental revenue to increase about 5 percent, which is the same as the prediction in the last quarter. Also respondents expect a 6.3-percent increase in the second quarter compared to the second quarter of 2020 with its major COVID-related shutdowns. They predict rental rates to increase 1.7 percent, similar to the pre-COVID trend. Respondents also expect to increase fleet spending by 4.5 percent over the next six months, with spending on access equipment expected to jump 6 percent and earthmoving equipment spending up 1.5 percent.

Information provided by RER/Baird, and edited by Alexis Brumm.

In this episode, Vanguard experts Chris Meyers and David Frank discuss what total cost of ownership looks like from three perspectives and how manufacturers can address these various outlooks.
Briggs & Stratton Corporation
May 4, 2021
Follow Us