Sunbelt Rentals opened 29 greenfield locations in North America in fiscal 2021 and completed five bolt-on acquisitions in the fourth quarter leading into what the company is calling a Sunbelt 3.0 strategic growth plan. 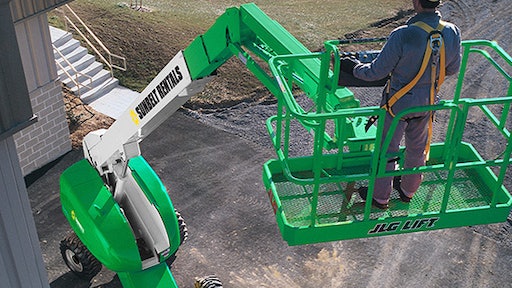 In a press release from the American Rental Association (ARA), Sunbelt Rentals has announced that they've opened 29 greenfield locations in North America in fiscal 2021 and completed five bolt-on acquisitions in the fourth quarter leading into what the company is calling a Sunbelt 3.0 strategic growth plan.

“This has been a year of outperformance throughout all of our geographies and equally a year of positioning for future sustainable growth and success,” Brendan Horgan, CEO, Ashtead Group, parent company of Sunbelt Rentals U.S., told analysts in a conference call in mid-June.

“Our model has demonstrated for years the ability to thrive during good times, and we can now see clearly that during more challenging periods in the economic cycle, rental, and in particular, our unique approach between general tool specialty and clustered markets, is designed to deliver a reliable alternative to ownership to an ever-broadening lineup of end market,” Horgan said.

Horgan’s comments followed the results of the company’s fourth quarter and full-year fiscal 2021, ending April 30. Total revenue for Sunbelt Rentals U.S. was $1.38 billion during the fiscal fourth quarter, compared to $1.21 billion for the same period last year. Total revenue for the full year was $5.42 billion, a 1 percent decrease compared to $5.49 billion the year before. Rental revenue was down 2 percent for the year.

Acquisitions during the fourth quarter 2021 included the following:

In addition, Horgan said the company already opened another 12 greenfield locations and added four locations in new bolt-on acquisitions in the first six weeks of the company’s fiscal 2022 that started on May 1. As part of the Sunbelt 3.0, Horgan also said the company expects to add about 300 locations over the next three years, including greenfields and acquisitions, with a target of having 1,234 total locations by the end of April 2024.

Information provided by the ARA and Sunbelt Rentals, and edited by Alexis Sheprak.