HeidelbergCement is starting the further development and scaling-up of the LEILAC technology (Low Emissions Intensity Lime And Cement) together with the Australian technology company Calix and a European consortium. 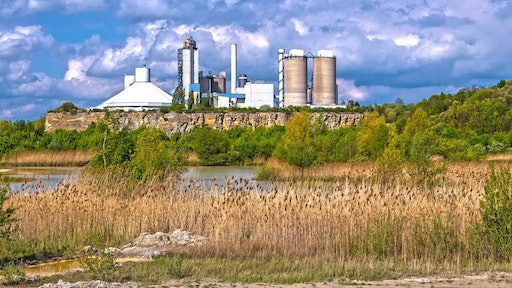 HeidelbergCement is scaling up the time and money its spending on making the cement production process more environmentally friendly. As one of the largest contributors to carbon dioxide in the atmosphere, or greenhouse gases, the cement production process is the target of several global initiatives, including the Paris Agreement. Manufacturers are racing to modernize cement plants and processes to remain competitive.

The company is partnering with Calix, an Australian technology company and a European consortium to further LEILAC technology (Low Emissions Intensity Lime And Cement). HeidelbergCement has decided to build its LEILAC 2 demonstration installation for carbon capture at its cement plant in Hanover, Germany, according to a press release. As part of LEILAC 1, a carbon dioxide (CO2) capture pilot installation with a capture capacity of 25,000 tons of CO2 per year was constructed at HeidelbergCement's Lixhe plant in Belgium in 2017.

With LEILAC 2, an operation about four times as large will be in Hanover and aims to capture 20% of the cement plant’s capacity, or 100,000 tons of CO2 per year. The first project design phase is to be completed by the end of June 2021, and the demonstration installation is expected to be ready by the end of 2023. Including design, construction, commissioning and extensive testing, the overall project is expected to be completed by 2025.

"The LEILAC technology has the potential to enable the cement and lime industries to efficiently capture their process emissions on an industrial scale," says HeidelbergCement's Chairman of the Managing Board Dominik von Achten. "The pilot project in Hanover is one of several promising CO2 capture technologies that we are currently testing at full speed within the HeidelbergCement Group."

With the patented LEILAC technology, the CO2 released during cement production can be captured in a highly pure form via a separate waste gas stream and used in another process. Like its predecessor project LEILAC 1, LEILAC 2 is based on Calix's calciner technology.

Calix technology changes the existing process flows of traditional calciner, indirectly heating limestone in a steel vessel. The system allows CO2 to be captured as it's released from limestone and the furnace exhaust gases are kept separate. According to Calix, the technology requires no additional chemicals and minimal changes to the traditional processes for cement.

"In cement production, two thirds of the CO2 emissions consist of process-related emissions that are released when heating the limestone and are therefore unavoidable. The LEILAC 1 project has already successfully demonstrated that this unavoidable process CO2 can be successfully captured and that the technology also works in practice on a larger scale," says Jan Theulen, HeidelbergCement's director of alternative resources.

The LEILAC 2 project is now focusing on scaling up the technology to industrial scale and integrating the process into an existing cement plant and the heat supply for the installation from renewable energies for climate-neutral CO2 capture.

HeidelbergCement has set itself the goal of reducing its CO2 emissions by 30% by 2025 compared with the reference year 1990. In order to achieve this, the group has intensified its research in the area of CO2 emissions and is investing in several different pilot projects and technologies for the capture, utilization and storage (CCU/S) of CO2 emissions.