Technicians from Florida, West Virginia and Arizona took home first place in the three categories of the 2018 Technician Rodeo 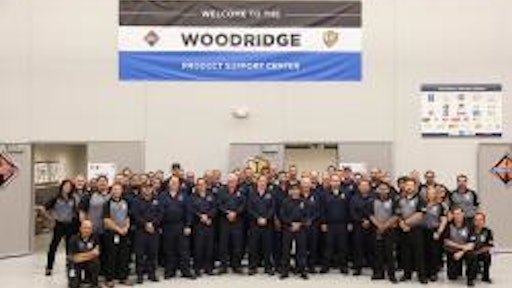 Symbolizing Navistar’s commitment to customer uptime, technicians from Florida, West Virginia and Arizona took home first place in the three categories of the 2018 Technician Rodeo – a competition hosted at the company’s Woodridge, IL facility that tests the skills and speed of service professionals from throughout its dealer networks.

Michael Irvin of Sun State International in Florida took home the “Top Service Technician” Award for Truck and Ben Bird of Worldwide Equipment in West Virginia earned the same recognition for Bus in the twelfth iteration of the events, which feature Navistar’s top American and Canadian commercial truck and bus technicians.

New this year, the company also brought its Global Technician Competition into the same event, which brings all the regional winners throughout the world together to compete for top bragging rights. In the third iteration of the global event, Nathan Reed of RWC Group in Arizona earned first place.

“Michael, Ben and Nathan are all highly skilled technicians that reflect the best traditions of our company’s commitment to technical excellence and providing the best customer uptime in the industry,” said John Pfennig, director, Global Development, Navistar. “We’re very proud of this year’s winners, and frankly all of its competitors, who are among the very best truck technicians there are.”

This year’s competition showcased 20 top service technicians from International and IC Bus dealers across the world, the largest amount yet for the event.

The technicians competed head-to-head in a series of stations designed to simulate service areas truck components and engines. The technicians were scored on how quickly and effectively they navigated their way through the stations, diagnosing and fixing the simulated problems.

All of the participants are Diamond certified through Navistar’s official certification program for its service technicians. In addition, all the technicians from the U.S. and Canada are all either Automotive Service Excellence or Canadian Provincial certified.

This year’s Truck and Bus Rodeo participants were selected from an overall group of the top 900 technicians at International and IC Bus dealers. From there, the group was narrowed to 16 participants through online testing, with the highest-scoring technicians in each region of the U.S. and Canada invited to compete at Woodridge.

Technicians from the following dealerships were represented in the Rodeo:

“Participants in this competition have completed all the required and optional trainings and are at the top of their game,” said Pfennig. “They represent our 9,500 plus service technicians from International and IC Bus dealerships, the highest number of any medium/heavy commercial-truck and bus manufacturer.”

Navistar works closely with its dealers to train technicians on all vehicle systems with training centers in the United States, Canada, Mexico and Latin America — as well as web-based training.