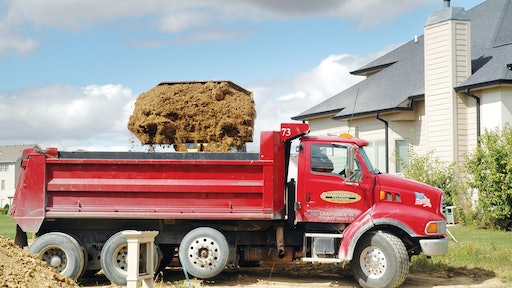 Starting with model year 2014, heavy-duty trucks will be subject to a fuel-economy standard.

Under a recently announced rule, the nation's fleet of medium- and heavy-duty trucks must meet fuel efficiency and greenhouse gas emissions standards for the first time beginning with model year 2014. This impacts vehicles from semi trucks to the largest pickups and vans, and all types and sizes of work trucks and buses in between.

For the purposes of the rule, the Environmental Protection Agency (EPA) and National Highway Traffic Safety Administration (NHTSA) define a heavy-duty fleet as all trucks with a gross vehicle weight (GVW) at or above 8,500 lbs. They estimate that the rules will save about 530 million barrels of oil over the life of vehicles built for the 2014 to 2018 model years. This reduced fuel use will allow vehicle owners to realize $50 billion in fuel savings, or $42 billion in net savings when considering technology costs.

The American Trucking Associations (ATA) support the efforts to increase fuel economy. "ATA and our members unveiled a sustainability plan for our industry in May of 2008," recalls Glen Kedzie, ATA vice president and environmental counsel. "One of the six pillars in the plan was to support fuel economy standards for trucks that were both economically and technologically feasible. Fuel and labor are the top two operating expenses in the trucking industry. The fuel economy for long-haul trucks has been virtually flatlined over the last 25 years at around 6.0 to 6.5 mpg."

But regulating fuel economy for heavy trucks is much different than setting Corporate Average Fuel Economy (CAFE) standards for passenger vehicles. The rule not only addresses trucks that carry freight, but certain vehicles that also transport passengers. Two types of standard metrics were therefore adopted: payload-dependent gram per mile (and gallon per 100 mile) standards for pickups and vans; and gram per ton-mile (and gallon per 1,000 ton-mile) standards for vocational vehicles and combination tractors. These metrics acknowledge that moving heavier loads burns more fuel and emits more CO2 than moving lighter loads.

The EPA and NHTSA standards divide heavy trucks into three main categories: combination tractors, heavy-duty pickup trucks and vans and vocational vehicles. Regulation targets will be phased in with model years 2014 through 2018.

Certain combination tractors (also known as semi trucks) will be required to achieve approximately 20% reductions in fuel consumption and greenhouse gas emissions by model year 2018. This would save of up to 4 gal. of fuel for every 100 miles traveled.

For heavy-duty pickup trucks and vans, separate standards are required for gas- and diesel-powered models. These vehicles will be required to achieve up to about a 15% reduction in fuel consumption and greenhouse gas emissions by model year 2018.

Vocational vehicles must reduce fuel consumption and greenhouse gas emissions by approximately 10% by model year 2018. This could save an average of 1 gal. of fuel for every 100 miles traveled.

At first glance, the heavy truck fuel standards seem complex. This was by design. "We are not a one-size-fits-all type of industry," says Kedzie. The EPA and NHTSA worked closely with the entire industry, including engine, truck and tire manufacturers.

The ATA was also intimately involved in every stage. "We tried to make sure regulators understood the difference between regulation of automobiles and light-duty vehicles with CAFE standards and the regulation of trucks," says Kedzie.

Use of existing technology

One of the biggest fears with any new legislation is driving up costs through extensive R&D. To minimize these fears, there were a lot of meetings between the government agencies and manufacturers.

"The manufacturers sat down over months and talked to the agencies about where they were at with the development of different technologies," says Kedzie. "They also talked about what could be accomplished within the given time frame under the rule."

The plan is to use technologies that have already been developed and accepted by the trucking industry, such as improved aerodynamics, fuel-efficient tires, weight reduction, speed governing and idle reduction. "This is not a technology-forcing rule for the most part," asserts Kedzie.

A technology-forcing rule is when there is not an exact path for you to take today and the technology isn't currently developed. "With technology-forcing standards, you more or less have to figure it out and hit established targets," says Kedzie. The emissions regulation that went into effect in 2007 and was phased in through 2010 is a good example of this type of rule. "EPA started working on that rule in the latter part of the '90s, finalized the rule in 2000, and established targets that took effect in 2007 and 2010."

Unlike those regulations, the fuel economy rules can largely be met with off-the-shelf technologies. "We know what these technologies are, so we are dealing more in the realm of the known vs. the unknown," says Kedzie. For instance, fuel-efficient tires will play a key role in meeting the regulations. "All of the technologies that are being relied upon by manufacturers to meet the 2014 vehicles targets are readily available today."

Take vocational trucks, for example. They account for a large and diverse segment of the heavy truck market. "Under the rule, vocational vehicles include all straight trucks, as well as certain tractors," says John Walsh, Mack Trucks. "EPA requires design and spec changes in vocational vehicles that they estimate will deliver approximately 10% reduction in fuel consumption and greenhouse gases by model year 2018. The expected vocational fuel savings are predicated entirely on engine and tire changes."

The first wave of regulations will not require any ground-breaking technologies. "We're confident that the first round of targets can be met through the strategic deployment of existing technology, including greater utilization of aerodynamic components and other equipment, like low rolling resistance tires," says Walsh. "Achieving the 2017 standards will likely require engine-related technologies that are not part of our current product offering."

Impact on efficiency and purchase price

Regulators took into account the way heavy trucks are used when formulating this regulation.

For instance, the regulations for combination tractors are divided into categories based on cab height and whether it is a sleeper cab or a day cab. The highest efficiency gains are expected from high-roof, Class 8 sleeper cab trucks, which tend to be running at continuous and higher speeds over long stretches of highway. "You can get a lot more bang from improved aerodynamics, idling reduction and fuel-efficient tires," says Kedzie.

The vocational segment is treated much differently. Efficiency gains from vocational trucks will come mainly from engine tweaks and tire improvements. "On the vocational diesel engine side, you are looking at about a 3% to 5% improvement starting in 2014," says Kedzie. Gasoline engines get a little more time. "The target is 5% by 2016."

Of course, such gains come at a cost. The EPA and NHTSA provide estimates on pricing, but the final costs will be determined by how much change is required for a particular vehicle.

"When you try to wade through the different costs and the cost breakdowns, it is somewhat difficult to find where some of these figures are coming from," says Kedzie. "When it comes to long-haul trucks, over half of the cost increase was associated with the purchase of an auxiliary power unit (APU) to reduce idling."

The APUs, along with other fuel-saving technologies used, will run several thousand dollars. "It really rests on how big a package you purchase," Kedzie notes. "You get better fuel economy if you stack different technologies." But the return on investment may also take a bit longer.

"Cost increases on vocational trucks will not be substantial given that manufacturers will need to hit certain efficiency targets from modest engine fixes and increased sales of fuel-efficient tires," Kedzie points out. Estimates from the EPA and NHTSA place the total price increase for vocational trucks at less than $600 per vehicle. Given these estimates, the return on investment could be rather short.

Actual costs may vary, however. "It's too soon to say what the impact on purchase price will be," says Walsh. "Meeting the 2017 (model year 2018) requirements in particular will almost surely require new engine-related technologies, with associated R&D and commercialization costs. Manufacturers will also need to dedicate significant resources to developing and maintaining systems and processes for tracking and reporting performance data."

Customers may have to re-think how they currently spec trucks. "We're committed to doing everything we can do to minimize the rule's effects on our customers, but it seems inevitable that in some instances the way trucks are spec'd is going to have to change," Walsh states. "Such changes could further pressure initial purchase prices. We'll focus on ensuring as rapid a return as possible for our customers on any additional up-front costs. The evolution of the cost of diesel will be a factor in that equation."

In the ultra-competitive truck market, OEMs were already heavily focused on fuel economy improvements. "Certainly economic and competitive forces would have driven us to continue improving fuel economy absent any regulation," says Walsh. "When it became clear that regulations were coming, we engaged in the process, looking to ensure as workable a rule as possible.

"While we're pleased the EPA and NHTSA sought to work with the industry, we do have concerns with aspects of the regulation and how it's likely to affect our customers," he adds. "We're committed to doing everything we can do to minimize the impact. A key challenge will be striking the right balance between truck specs that both meet customer expectations and allow us to deliver on the requirements of the regulation."

Change on the horizon

The rules will impact truck selection sooner than you might imagine. Remember, model year 2014 trucks can appear as early as January 2013. And there are incentives for manufacturers to start introducing these technologies earlier.

Starting with the 2013 model year, which can be produced and made available as early as January 2, 2012, manufacturers can accumulate credits for meeting certain targets earlier than required. These credits can then be banked and used to offset shortfalls in the future, or they may be sold.

"There is every evidence that they are going to introduce technologies as early as possible to accumulate those credits in 2012 and 2013 that they can use to offset shortfalls to be in compliance with any targets they have to meet," says Kedzie. "So change may begin to appear in a mere few months. They have every reason to get these improvements out there sooner rather than later so they have credits to stockpile and store up for a rainy day."

Is Climate Change a Reality – And Does It Really Matter?