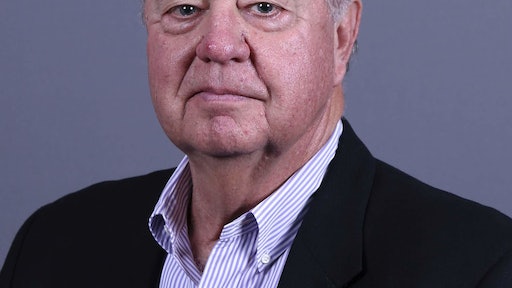 Knapheide, affectionately known as “Knap,” was a business and civic leader in Quincy who oversaw the expansion of the family company into one of the largest U.S. producers of service and utility truck bodies. In addition, he shared his time and financial support with important community causes.

Knap was a 1963 Quincy High School graduate and received his BS degree in Industrial Administration from Kansas University in 1967. He was Director of the Quincy Area Project, was Past Chairman of the Blessing Hospital Board, a former Director for Mercantile Trust and Savings Bank and served on the boards of the Quincy Society of Fine Arts and the Quincy YMCA and Adams County. He chaired or co-chaired the Salvation Army Campaign of Lights, the Quincy University’s GOAL 2000 Capital Campaign, the Adams County United Way Campaign and the Quincy YMCA Traditions for Tomorrow Capital Campaign. He was a recipient of the Mississippi Valley Boy Scouts Distinguished Citizen Award, the Quincy Neighborhood Federation Theta Jansen Award, and was awarded the Honorary Degree of Doctor of Humane Letters from Quincy University.

New option to include LINE-X bedliner at the factory before shipment to the upfitter shortens lead times, lowers costs for buyers and increases product durability
Palfinger North America Group
January 29, 2019

The Raptor and heavier duty RipRaptor feature an elliptical body style and are available in sizes from 14 to 21 ft. 6 in. with capacities from 13 to 26.9 yds.
August 18, 2017
Dump Bodies & Bed Inserts

Couples the Rear-Eject Body with a material spreader attachment to spread road grit, sand or other material up to 2+ in. in size
Philippi-Hagenbuch Inc.
September 26, 2016
Dump Bodies & Bed Inserts

Curry Supply has expanded its commercial service truck product line with a dump truck bed for all chassis makes and models.
August 23, 2016

Can be taken on and off a 1/2-ton and larger pickup truck fully loaded in minutes
Fleetwest Transferable Truck Bodies
January 11, 2016

Body combines the strength and durability of the Crysteel Landscape body with the lightweight efficiency of aluminum construction
Crysteel Manufacturing Inc.
July 21, 2015

Product launches at the 2015 event include new trucks, bodies and components designed to create more options for vocational customers.
April 14, 2015

A Granite MHD can easily be configured as a snowplow with various options available.
March 11, 2015