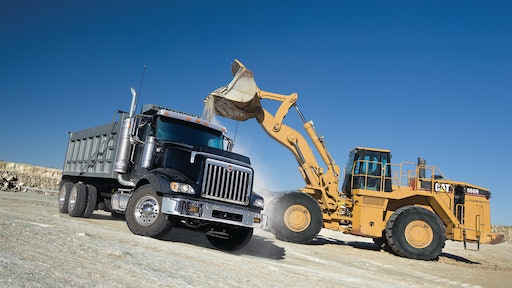 One complaint filed in federal court in Illinois alleges that  Navistar actively concealed that its 2008-2013 model trucks were equipped with diesel engines -- the Maxxforce Advanced EGR diesel engines -- that contained a defective emission system that caused the trucks to suddenly break down.

"The problems with these engines have cost buyers and lessees -- including many small, family-owned businesses -- thousands of dollars," said Jonathan D. Selbin, of the plaintiffs’ law firm, Lieff Cabraser Heimann & Bernstein, LLP. "In some cases, the unexpected mechanical problems endangered owners' ability to earn a living. The lawsuit seeks to hold Navistar responsible for the quality of its engines and ensure that buyers and lessees of Navistar trucks get what they paid for."

The complaint alleges that the Maxxforce Engine is defective and the alleged defects lead to repeated failures, well before completion of its intended useful life, requiring costly repairs often at the expense of owners and lessees. Further, when the trucks were brought in for repairs during the warranty period, Navistar didn't properly repair the emission system and instead replaced them with another equally defective failure-prone system.

The complaint alleges that the defect rendered the Maxxforce Engines unreasonably dangerous at the time the Navistar trucks were purchased. The defect can and has led to sudden breakdowns, forcing trucks, often heavily loaded with cargo, to attempt emergency maneuvers, such as pulling to the side of the road. The defect also causes coolant and exhaust fumes to enter the passenger compartment of the Navistar trucks, causing risks of driver poisoning from the fumes.

The proposed class consists of all current and former purchasers and lessees of 2008 – 2013 model year Navistar vehicles nationwide equipped with Maxxforce Advanced EGR diesel Engines. Navistar sold trucks powered by the named Maxxforce Engines under its International brand name, including these models:

All of the Trucks are U.S. Department of Transportation Class 7 and 8 trucks, the largest, heaviest, and most powerful trucks on the road.

A similar lawsuit brought by three of the trucking firms by the Miller Weisbrod, the Dallas law firm that negotiated a confidential settlement between truck owners and Caterpillar in 2010, also alleges that Navistar misled its clients regarding exhaust gas recirculation technology, including their being certified to meet the Environmental Protection Agency’s 2010 emissions standards.

“Navistar's EGR never met the 2010 standards set by the U.S. Environmental Protection Agency (EPA),” according to Miller Weisbrod’s web summary of the Navistar/MaxxForce Engine suit. “Navistar had been using stockpiled emission credits, from 2010-2012, to meet the EPA's 2010 emissions requirements on all the trucks that it had been selling.”

Trucking companies’ primary grievance is excessive downtime due to MaxxForce engine problems and the resulting loss of revenue, but low trade-in value of the 2011 and 2012 Maxxforce-powered International trucks pushed their owners to file the lawsuit.

“Our investigation has revealed the problems with the MaxxForce engine are pervasive throughout the trucking industry,” said Miller. “Our firm is representing numerous other companies and anticipates filing dozens of more cases in states across the country.”

International Relaunches 9900i and PayStar with Cummins ISX15 Power