Peterbilt to Showcase New Model 567 Configuration at World of Concrete 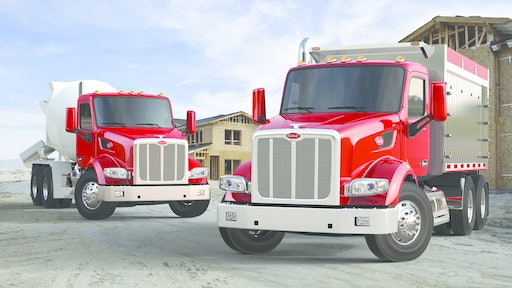 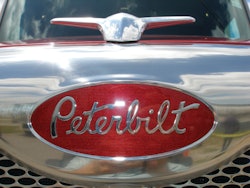 Peterbilt Motors Company announced it will be unveiling a major new product configuration suited for concrete contractors and other weight-conscious applications during the 2015 World of Concrete show in Las Vegas, Feb. 2-6.

“Peterbilt’s Model 567 has been in production for just over a year and it’s already far surpassing our high expectations for it,” said Charles Cook, Peterbilt Marketing Manager for Vocational Products. “It’s helping customers across a wide range of applications achieve new levels of productivity. We’re pleased to expand its versatility and utility ever further with a new configuration designed with mixer and other weight-sensitive applications in mind.”

Cook said the vehicle to be introduced will be equipped with a PACCAR PX-9 engine, an Allison automatic transmission with FuelSense technology and a McNeilus mixer body.

Peterbilt will have two other trucks on display in its exhibit in booth C5172 in the Central Hall: