Volvo Trucks Approves Use of Renewable Diesel Fuel for its Engines 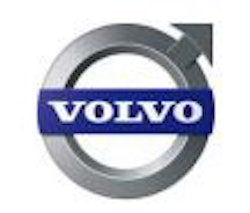 Volvo Trucks North America, after concluding truck and engine lab testing, approved the use of renewable diesel fuel for all of its proprietary engines, offering environmental and cost-savings benefits to customers.

“Environmental care is a core value of Volvo Trucks, and we are pleased to offer our customers another alternative fuel choice,” said Frank Bio, director – sales development, specialty vehicles and alternative fuels. “Availability of renewable diesel fuel is growing in California and throughout the country. Renewable diesel meets the same ASTM D975 standard for petroleum diesel, making it a true ‘drop-in’ fuel.”

Renewable diesel fuel is a second-generation alternative fuel and is derived from biomass feedstocks, including oils or animal fats. Unlike conventional biodiesel, which is produced through a transesterification process, renewable diesel is made through a different process using the same feedstocks. The resulting fuel has a much lower cloud point, which improves the low temperature performance issues commonly associated with conventional biodiesel.

The addition of renewable diesel as an approved fuel for Volvo models is in line with the company’s focus on the environment, since it allows vehicle owners to reduce CO2 emissions beyond those coming from the fuel economy improvements in the vehicle itself. According to the California Air Resources Board, the Life Cycle Analysis of renewable diesel under the Low Carbon Fuel Standard showed reductions in greenhouse gases by 15% to 80% depending on feedstock source. It also increases Volvo’s options for alternative fuels.

In addition to the renewable fuel capabilities, Volvo currently offers natural gas-powered versions of its VNL and VNM daycabs, which are built at Volvo’s New River Valley assembly plant in Dublin, VA. The VNL model features a 12-liter Cummins-Westport ISX12 G engine and the VNM daycab is powered by a factory-installed 8.9 liter Cummins ISL G engine.