With the Allison Transmission Neutral at Stop feature, the transmission is automatically shifted into neutral when the vehicle is stationary. 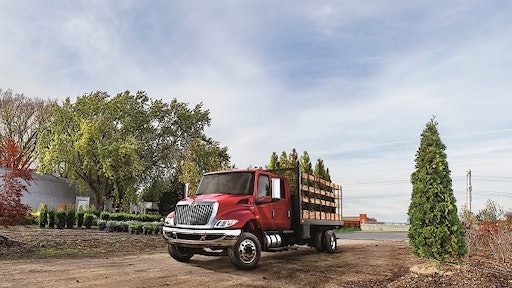 Allison Neutral at Stop will be standard equipment on the International MV Series, beginning Q1 2020.
Navistar

International Truck announced it will feature Allison Neutral at Stop as standard equipment on the International MV Series, beginning Q1 2020.

The Allison 1000 HS automatic transmission comes standard on the MV Series, with FuelSense 2.0 with DynActive Shifting as an available option. FuelSense 2.0 with DynActive Shifting provides infinitively variable shift points based on a number of inputs from the vehicle. The result is the ideal balance of fuel economy and performance based on vehicle operating conditions and the fleet’s pre-established bias for fuel economy or performance.

The configurator tool uses an intuitive, step-by-step program that includes an array of available choices for dump, box van, utility and tow applications, with more options to be added in the future.
Daimler Trucks North America
December 9, 2019
Follow Us