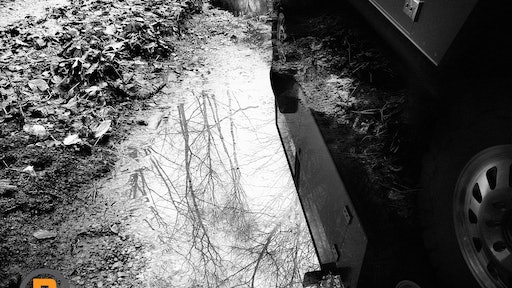 This is as much of the first electric sport-utility truck that New-York-based startup Bollinger Motors is willing to show before its summer 2017 unveiling.

Bollinger Motors teased the market with an image of a bit of its upcoming all-electric on and off road sport utility truck. The truck will make its global debut at a soon-to-be-announced event this summer in New York. The vehicle was designed from the ground-up and will employ an all-electric powertrain, aluminum chassis, adjustable air suspension and convertible cab panels.

"When I designed this truck, I wanted it to have rugged good looks with a very bold presence," said Robert Bollinger, the company’s founder and CEO. "I envisioned the vehicle as the ultimate truck for work and play which would be the perfect truck for ranchers, builders, DIYers and off-roaders but without the environmental effects and carbon footprint of a traditional gas-powered SUV."

The Bollinger truck is a showcase for American ingenuity with a performance focus on traction, torque and ground clearance. It will deliver a fun and responsive driving experience, while also meeting the needs of those wishing to reduce the impact their motoring has on the environment. Bollinger expects it will be the first to have a fully working, production-ready, all-electric truck when it debuts this summer.

Started in 2014, Bollinger Motors is creating the world’s first 100% electric sport and utility truck. Bollinger calls its electric truck "medium-duty," and while there is no capacity information yet, the company says to expect "revolutionary storage and hauling capabilities, second-to-none on- and off-road capabilities, and best-in-class ground clearance, torque and traction."