A computer issue on certain 2013 to 2016 Ram pickups could potentially affect side air bags and seat belts. 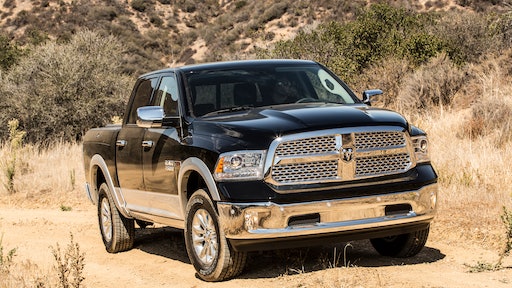 Fiat Chrysler Automobiles is voluntarily recalling 1 million Ram pickups in the U.S. and more than 200,000 in Canada because of a computer issue potentially affecting side air bags and seat belts.

The automaker says one fatality, two injuries and two accidents may be related to the issue. Details of the accidents were not provided in the company's announcement of the recall.

If those trucks experience a “significant underbody impact,” their computer modules could erroneously conclude the sensor has failed and activate an instrument-cluster warning light.A Fiat Chrysler investigation “identified a population of vehicles equipped with modules featuring certain types of sensors,” the company said.

“The error code associated with the warning may temporarily disable side air bag and seat belt pretensioner deployment for that ignition cycle, which would then be unavailable in the event of a vehicle rollover,” the company said, noting that “pretensioners reduce seat belt slack during impacts, thereby reducing forward movement of the occupant’s head and torso.”