Jim Hackett named as Ford Motor Company president and CEO, succeeding Mark Fields, who is retiring. Hackett, who will report to Executive Chairman Bill Ford, is recognized as a transformational business leader . 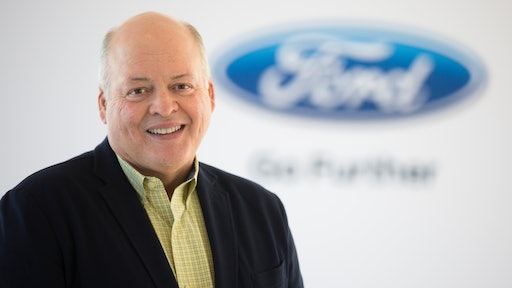 Ford Motor Company names Jim Hackett president and CEO, succeeding Mark Fields, who is retiring after a successful 28-year career with the company. Hackett, who will report to Executive Chairman Bill Ford, is recognized as a transformational business leader. Hackett led Steelcase Inc.’s turnaround to become the world’s No. 1 office furniture maker, served as interim Athletic Director at University of Michigan and has led Ford Smart Mobility LLC since March 2016. He served on Ford’s board from 2013 to 2016

“We’re moving from a position of strength to transform Ford for the future,” Bill Ford said. “Jim Hackett is the right CEO to lead Ford during this transformative period for the auto industry and the broader mobility space. He’s a true visionary who brings a unique, human-centered leadership approach to our culture, products and services that will unlock the potential of our people and our business.”

Added Hackett: “I am so excited to work with Bill Ford and the entire team to create an even more dynamic and vibrant Ford that improves people’s lives around the world, and creates value for all of our stakeholders. I have developed a deep appreciation for Ford’s people, values and heritage during the past four years as part of the company and look forward to working together with everyone tied to Ford during this transformative period.”