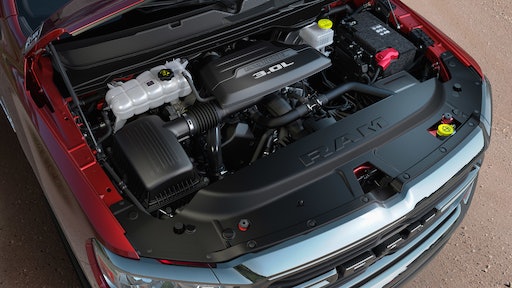 With its intrigue over EPA diesel testing settled, Ram brings a third-generation 3.0-liter EcoDiesel to the 2020 Ram 1500 rated at 260 hp and torque increased 14% to 480 ft.-lb. The redesigned diesel reaches peak torque at 1,600 rpm, while the previous generation of the engine peaks 400 rpm earlier. Horsepower (an 8% increase) peaks at 3,600 rpm.

The Ram brand's parent, FCA US, in January reached final settlements on civil, environmental and consumer claims with the U.S. Environmental Protection Agency, Department of Justice, the California Air Resources Board and other public agencies. The automaker agreed to pay $400 million in civil penalties in the dispute over diesel emissions testing. 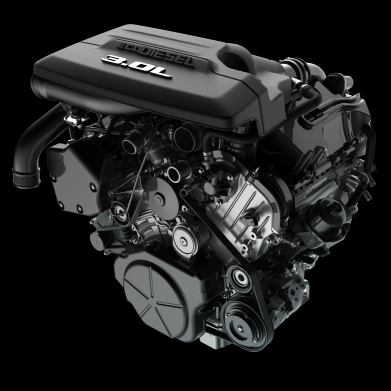 The 2020 Ram 1500 EcoDiesel is available in all models and configurations including a first-time offering in the Ram Rebel. It will go on-sale in the fourth quarter of 2019. Pricing and fuel economy ratings will be announced closer to the truck’s on-sale date.

The 3.0-liter EcoDiesel V-6 uses dual overhead camshafts (DOHC) with four valves per cylinder and a 60-degree angle between the cylinder banks. The block is cast with compacted graphite iron, which provides strength to dampen vibrations but weighs less than grey cast iron. A compacted graphite iron bedplate adds rigidity to the block.

The 3.0-liter EcoDiesel V-6 is produced at the FCA Cento facility in Ferrara, Italy.