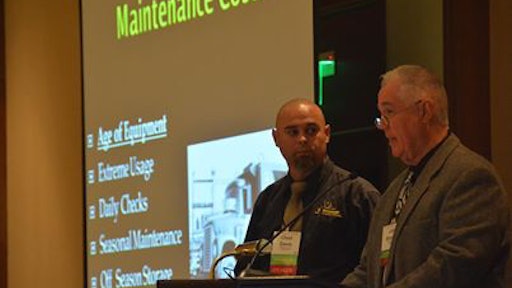 Held in February 2014 in Aventura, FL, the gathering heard more than 40 speakers over the three-day period. The meeting was a concentrated assembly of industry promotion and technological advancement, as industry leaders and innovators joined together in a unique opportunity to discuss subjects of common interest and to share news of accomplishments in their related fields. Titled Preservation & Rehabilitation 2014 – The Smart, Sustainable Choice, the meeting highlighted advancements in technology and the application of asphalt emulsions and other additives, asphalt recycling and reclaiming, slurry and micro surfacing, chip seal and crack treatments.

In addition to the usual working and technical committee sessions that are always part of each association’s annual meeting, we heard presentations from numerous industry experts and leaders on a wide variety of subjects. Some of the news coming from the annual meeting:

The PPRA will hold its 2014 fall meeting November 17-19 in Baltimore, MD. For more information, visit slurry.org/ppra2014.

Next year, the PPRA will join with the International Bitumen Emulsion Federation and FP2 (for Pavement Preservation) to gather stakeholders and experts in a forum aimed at disseminating the best practices worldwide and promoting specific knowledge. The forum, the Pavement Preservation and Recycling World Summit, will be held for the first time in February 2015 in Paris (Palais des Congrès). As a three-day event, it will include conferences, specific workshops, an exhibition and technical visits. For more information, visit pprsparis2015.com?.