A Year for the History Books 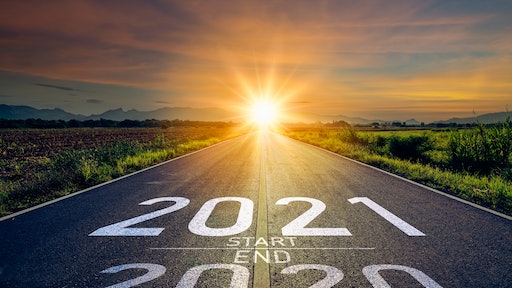 Each December, Asphalt Contractor magazine looks back on the year we've had and turns to industry experts to help predict what the year ahead will look like for the road building industry. When we asked experts what 2020 would look like last December, not one of them could have predicted the year we've actually had.

In fact, most of our experts were optimistic that 2020 would still be strong for construction businesses. Federal funding was going to remain stable and more state and local governments were continuing to move forward with critical transportation projects and that trend was expected to continue.

Then the world shut down in March of 2020 and billions of dollars worth of transportation projects were delayed or canceled across the country as state and local governments made spending cuts due to the Coronavirus pandemic.

Luckily, in some states construction continued as workers were deemed essential and many projects were able to be completed in record time as traffic numbers dropped due to stay at home orders. That of course is a double-edged sword for an industry that relies on people to purchase gasoline for their cars.

Since early April, states have lobbied Congress to provide billions of dollars worth of transportation aid. Stay-at-home orders across the country have caused gas sales to plummet, slashing gas tax revenue dedicated to maintaining and improving roads, bridges and other infrastructure.

As states begin to relax their stay at home orders, many say it will be impossible for states to overcome the negative impacts COVID-19 had on gas tax revenues. And while Congress is expected to consider another Coronavirus relief package in the lame duck session, experts say that might not be enough.

The steep drop in traffic volumes caused by COVID-19 is pushing the Highway Trust Fund (HTF) closer to insolvency faster than projected. According to the U.S. Department of the Treasury, net deposits of tax receipts credited to the HTF in May totaled only $674 million; a 79% year-over-year decline from $3.238 billion in May 2019.

Jim Tymon, executive director of the American Association of State Highway and Transportation Officials (AASHTO) described the HTF tax receipt falloff as much like a tsunami generated by an underwater earthquake; due to the lag in tax collection data, it takes time for the proverbial “wall of water” to reach the shore.

“When we originally requested the backstop in April, we expected it to offset an estimated 30% loss in state transportation revenues over the next 18 months,” Tymon said. “The HTF numbers are consistent with our expectation of a delayed but massive short-term decline in transportation revenue,” he pointed out. “While we expect those numbers to improve as states move to different phases of reopening, it looks increasingly like the recovery period may last well beyond the 18-month window we initially projected.”

What else can we expect in 2021? Turn to page 14 of this issue to see the full State of the Road Building Industry report and let me know what you're excited or fearful of in 2021 at jlombardo@acbusinessmedia.com