Fourteen states and 19 local authorities have delayed or canceled road, transit and airport projects worth $8.58 billion, according to a report by the American Road and Transportation Builders Association. 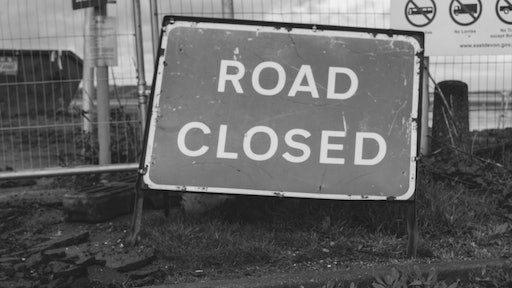 Billions of dollars worth of transportation projects are being delayed or canceled across the country as state and local governments make spending cuts due to the Coronavirus pandemic.

"While many projects continue as transportation construction is deemed essential, state and local governments and transportation authorities are beginning to feel the strain of declining revenues related to user fees and the overall slowdown in economic activity," the report says. "The immediate economic impact and potential job losses are difficult to quantify at this time, but each $1 billion in transportation construction investment supports an average of 13,000 jobs throughout all sectors of the economy, according to the Federal Highway Administration."

For example, the Wyoming Department of Transportation announced that it would delay 11 construction projects and review local transportation programs due to “long- and short-term funding issues” caused by reductions in fuel tax revenues, petroleum market revenues, and other fees – with the COVID-19 pandemic creating “additional” budgetary impact.

According to K. Luke Reiner, Wyoming DOT’s director, that “delay” will reallocate about $436 million over the next six years from new capacity improvement efforts to asset maintenance projects.

“We are operating in unprecedented times exacerbated by the Coronavirus pandemic and we need to look at every avenue to save money,” he said in a statement. “WYDOT’s state and federal funding streams also have not kept pace with the needs of the state-owned transportation system for maintenance, construction and improvements or even inflation. The impact of the Coronavirus pandemic has further compounded those issues.”

"The oil price and production slipped since COVID-19 causing the oil revenue to drop below the trigger points needed to fill the Prairie Dog buckets. Thus, the expected money to the political subdivisions is not there. This causes some hardships, obviously, as they were making plans to do a lot of infrastructure repairs and maintenance this summer with that extra money,” District 10 Representative David Monson said.

These delay announcements are starting to unfold as state and local governments have or are putting together budgets for fiscal year 2021 and are reassessing what and how to spend on infrastructure, with some sources saying it will likely be one of the first areas to be cut.

While the Coronavirus Aid, Relief and Economic Security Act — the CARES Act — gave $150 billion to state and local governments, transportation groups are still hoping to get more federal funding and the American Association of State Highway and Transportation Officials (AASHTO) says states need the money now.

In a July 20 letter to Congressional leadership, AASHTO said state departments of transportation across the country need an “immediate infusion” of at least $37 billion to prevent disruptions to planned transportation projects, keep workers employed, and enable the nation’s mobility network to fully support economic recovery from the COVID-19 pandemic.

Experts are expecting tens of billions of dollars of cuts from states’ departments of transportation in the immediate and long term. If governments already signed contracts and are in the construction phase for infrastructure projects, they will finish out that work. However, they may hit pause on longer-term projects.

If states move forward with larger projects, Alison Black, senior vice president and chief economist at ARTBA, said some states and localities will use bonding as a tool due to low interest rates.

“However those do have to be paid off with future revenue streams,” Black said. “So if you’re looking at a prolonged economic downturn, you’re really tying up your future resources.”

Black also says the pandemic is worsening the Highway Trust Fund (HTF) shortfall and since fewer people are on the road due to stay at home orders, the problem is exacerbating the dwindling revenues.

“In 2008, there was definitely an economic slowdown and you did have, as people lost their jobs, there was an economic impact in terms of people filling up their gas tanks,” Black said. “It is not like what we are seeing in this pandemic, which is hitting transportation revenues in a very different way than we tend to see in a general economic slowdown.”

Black says ballot initiatives are also taking a hit and are being postponed. According to ARTBA, 10 states and regional authorities have vetoed, canceled or postponed legislative initiatives or ballot measures related to transportation funding worth $132.8 billion.

This week, Senate Majority Leader Mitch McConnell committed to enacting another Coronavirus rescue package later this month. If the federal government does come to the rescue, projects that were initially thought to be delayed may begin ramping up again and there may not be as many canceled projects as expected.

“A lot of states are trying to wait and see how long this lasts,” Black said. "If we recover and the economy starts to get moving sooner, that’s a different scenario than if this is a prolonged situation.”