Colorado DOT Requiring Local Labor for $1.2B I-70 Expansion

CDOT’s contract will include a clause that 20 percent of the project’s work force, the equivalent of about 350 people, must be hired from the 15 neighborhoods adjacent to I-70 in Denver and Aurora. 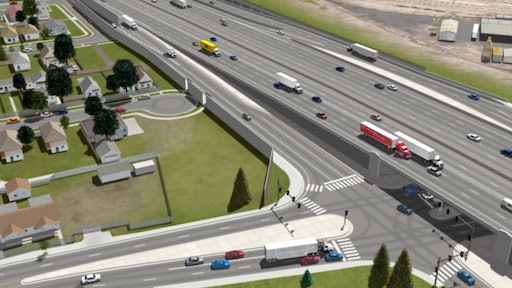 The private contractor hired by the Colorado Department of Transportation for the $1.2 billion expansion of I-70 through north Denver also will be required to hire locally.

CDOT’s contract will include a clause that 20 percent of the project’s work force, the equivalent of about 350 people, must be hired from the 15 neighborhoods adjacent to I-70 in Denver and Aurora, the agency said Thursday.

Construction on the project is slated to begin next year, and CDOT is expected to select a contractor this summer.

Gary Community Investments has partnered with CDOT and is investing more than $1 million in job training and support programs for the Central 70 project.

Also partnering on the program is Community College of Denver, the Emily Griffith Technical College, the Colorado Contractors Association, which represents highway and road building companies, and Associated General Contractors, which representing builders.

More from The Denver Business Journal.

Interstate 70 Expansion in Colorado to be Largest in State History