Minnesota Gov. Tim Walz (D) told the panel that a proactive approach on investing in infrastructure helped him win election in November, putting a federal gas tax increase up for debate 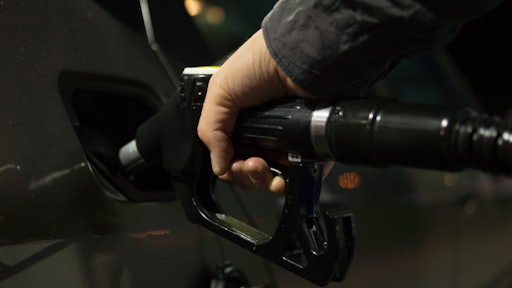 Minnesota Gov. Tim Walz (D) spoke before a hearing of the House Committee on Transportation & Infrastructure (T&I) under its new chairman, Rep. Peter DeFazio (D-OR.), about his successful campaign which featured the unpopular stance of raising the gas tax. His election is proof that this idea isn’t political suicide, it’s a path to victory.

Walz detailed how he won last November with a proactive stance on raising the state gas tax. He appeared at the hearing on behalf of the National Governors Association and acknowledged that not all its members agree with his stance.

Walz’s poll numbers went up during the campaign even as his opponent ran negative ads about his gas tax increase position. “We ran a campaign talking about investing,” said Walz, a former member of the T&I committee. “In Minnesota, we’ll propose a comprehensive transportation package addressing all modes of transportation to improve the lives of Minnesotans. The gas tax is a reliable funding stream that gets the job done.”

Judging from the questions posed to the panelists, T&I Committee members were split along party lines about a gas tax increase—Democrats leaning for, Republicans leaning against. One exception is Rep. Don Young (R-AL), who noted that the ability of the gas tax to produce needed revenue has eroded since 1993, when it was last increased, from 18.5 cents to 8 cents due to inflation. Young unsuccessfully supported a gas tax increase as part of transportation legislation during the second Bush administration.

“To me there’s not a danger in increasing the user fee for the first time in 26 years,” DeFazio said, “but we have to make the case in a way that’s irrefutable.”

Panelists and committee members agreed that raising the tax by itself won’t solve America’s infrastructure crisis or be enough to replenish the depleted Highway Trust Fund. What’s needed, they said, is a combination of solutions that includes a gas tax increase, user or mileage fees, and a continuing emphasis on Public-Private Partnerships, or P3s.